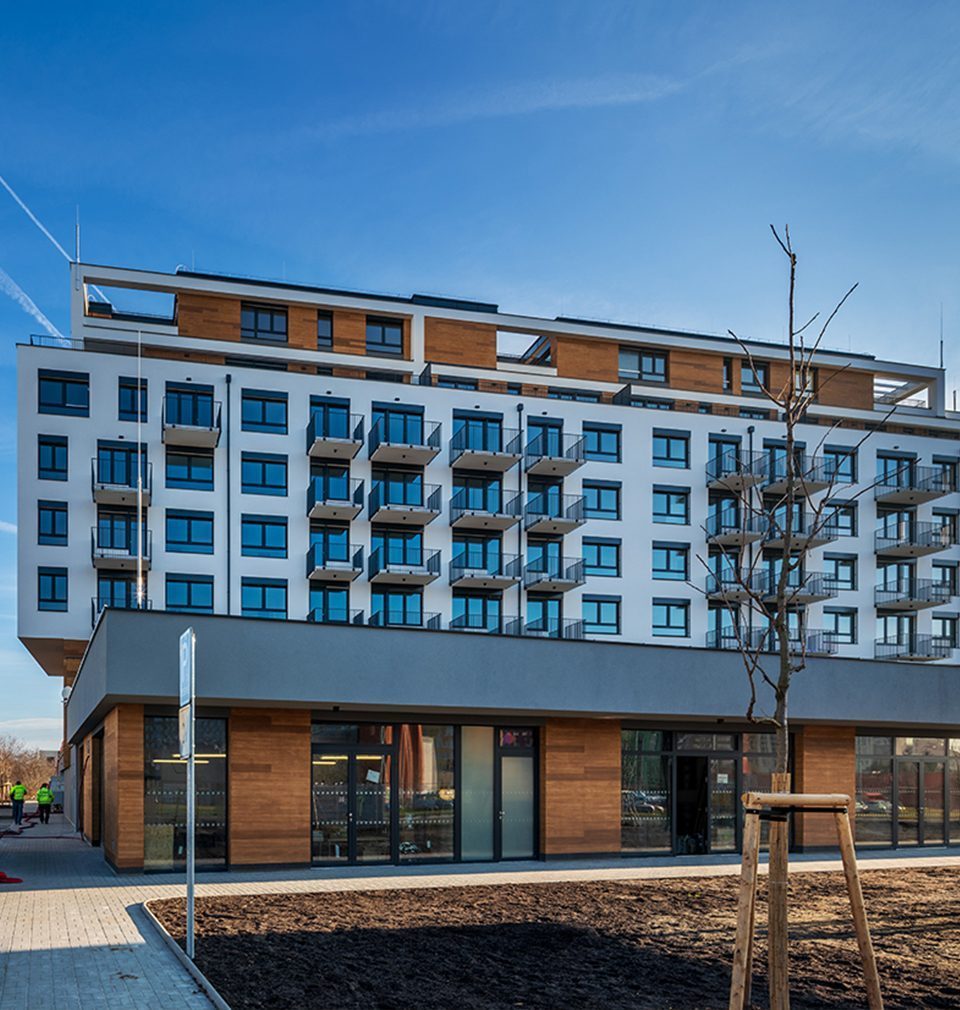 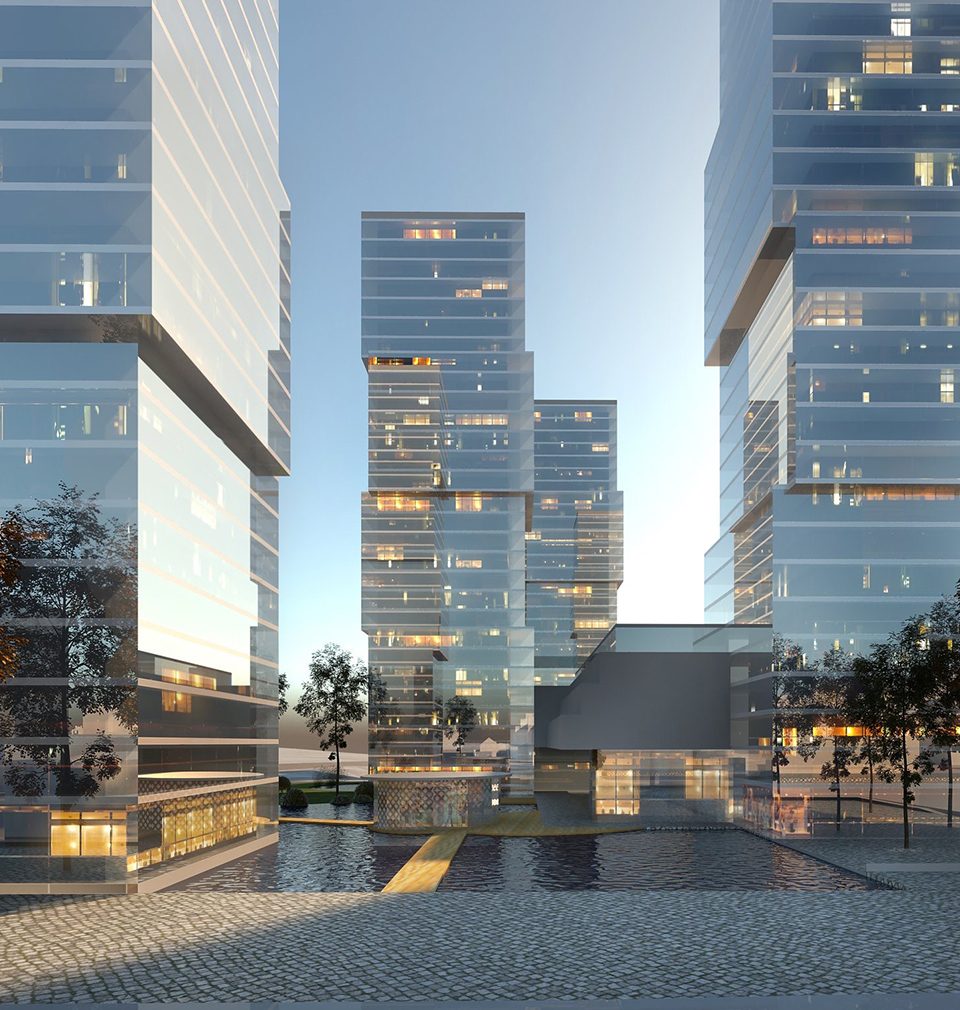 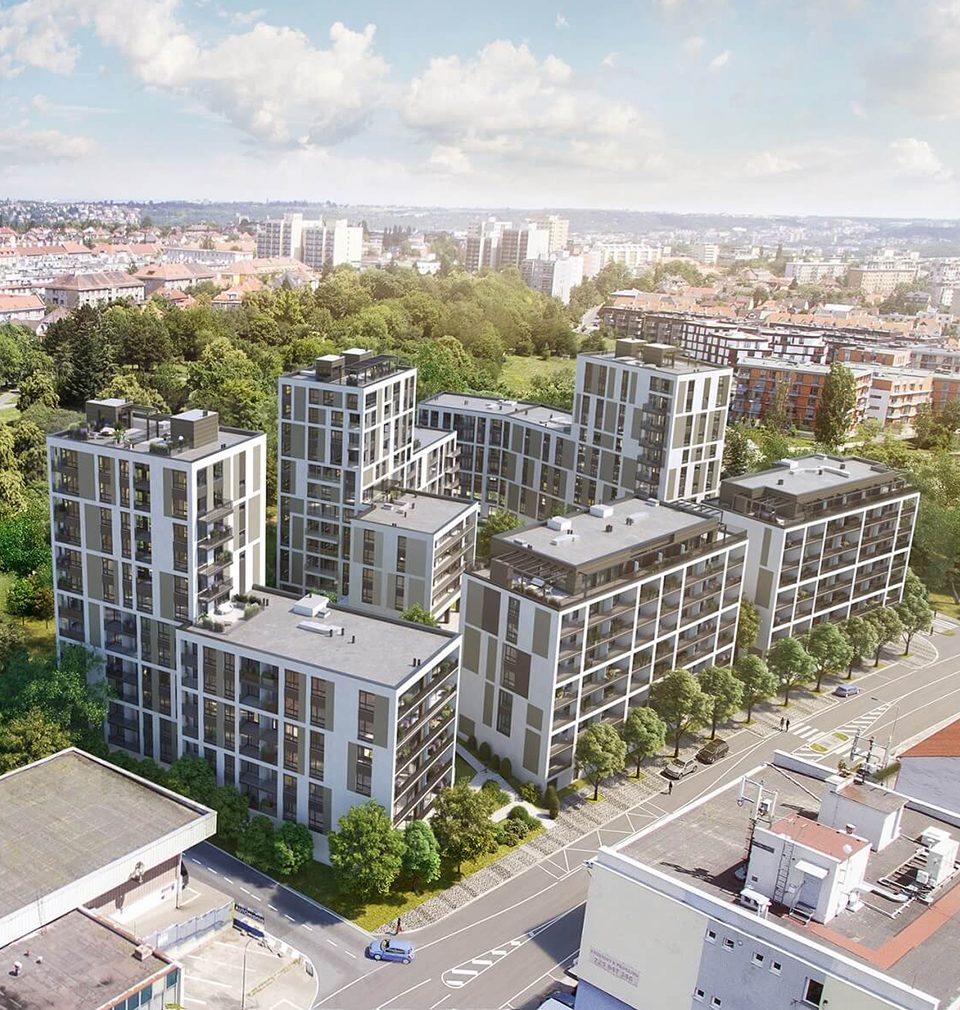 This crisis is different than any other. Once it’s over, the world will be different, too and no one pretends to have any resolution plans or see future

All evidence indicates not only the fact that this crisis is different than any other. Once it’s over, the world will be different, too. Impacts of the crisis stemming from reluctance to accept responsibility are unprecedented. And no one event pretends to have any resolution plans or see future.

Will the forecast be easier (and more credible) if the scope is narrowed and if we concentrate on the real estate and construction segments while respecting “high figures” stated last time? Fast recovery – recovery within the period of a year or two or even within months – is improbable. Real estate market and built-up area development players are used to planning for five, ten or even twenty years in advance but uncertainty as an inherent property of future remains the problem regardless the familiar time horizon. Perhaps, only the cultural axioms will remain valid of European axioms of disciplines mentioned in earlier considerations. These, however, may hardly be projected directly in specific conditions for functioning of economy, built-up area and real estate market. Although they might be trusted, economic theories have already lost their credit with every crisis they were able to “predict” only retrospectively and they do not even try to pretend they know how to do it. Now, all that remains is only common sense.

What is certain is that construction is allowed. Based on the fact that the work of construction workers is physically demanding, they may hardly be one of the threatened groups, and breathing masks and “social distancing” are a standard for them. The quarantine is not much of a problem as well: these workers work in tour shifts that take several weeks and during these periods, construction workers and engineers spend their time in more or less “closed” communities. The demand, however, is an issue: its decline, which is natural in macroeconomic environment, might not affect every sector.

Let’s mention health sector first. Surely, current capacity gaps relate more to equipment than buildings and they are a sign of the acute epidemic. But is this situation really temporary? Risk aversion set a new standard of prevention and life saving (already at risk): mankind will face other pandemics as indicated by SARS strain identification and a figure in the name of the current coronavirus SARS-CoV-2. History of mankind has been accompanied by various “black death” epidemics since antiquity. It is believed that after WWI Spanish flu killed up to 100 million people. Regardless of impressive progress in medicine, how dare we think that COVID-19 pandemic is exceptional or even the last? If, since antiquity and Spanish flu epidemic, respect for life has increased significantly, the level of public health sector preparedness for epidemics should increase as well. Current level of preparedness has, with few exceptions, proved inadequate worldwide. Following the virus outbreak, two hospitals were built in Wu-chan, each with one thousand beds in order to better manage a flurry of patients requiring hospitalization. Has the Czech government taken any precautions to that effect?

And it’s not “just” future epidemics; we have troubles to manage the present one as well. For now, it seems that the onset of the epidemic has been managed well but coronavirus won't vanish. “Over-infestation” of population is discussed. According to some experts, we won’t be able to overcome it without ten thousands hospital beds equipped according to JIP standard with ventilators, etc. – unless we are prepared to abandon the existing and relatively “painless” process. So, in the “SARS-CoV-2 era” our public health sector should drive – well, should have already driven demand for design and construction work. Moreover, the government would need to “print money” not just for compensations and social benefits, i.e. for consumption, but also for investments generally considered to be healthier.

Communication infrastructure – i.e. information and communication technology development as well as development of physical transport of persons and goods – is a strategic priority worldwide. However, in the Czech Republic it is also a high debt which is growing rather than being reduced. SARS-CoV-2 and circumstances related to the course of this pandemic have only made this preference stronger. One of probable effects of the current crisis will result in reduced existing trends of concentration of population and economic activities including maybe the beginning of the trend towards decentralization. Economic and cultural reasons of concentration in settlement structures started to fade away in the late 20th century and in recent years; this tendency has been running on empty. The pandemic has shown negative aspects of the concentration and with the economic situation that will come afterwards; economic drivers will further be suppressed. People will always need to communicate: the crisis has sped-up user implementation of ICT technologies for remote communication. But it is far from comfortable - for better comfort better infrastructure will be needed. Commuting will become more and more secondary and exceptional, however, it will still be needed - and competing with comfortable and powerful remote communication, requirements for comfort and efficiency of physical transport will increase. And this is another demand for project preparation and implementation of construction (as well as speeding up existing projects) and another task of the public sector and state resources.

Due to “high figures” in the world, I think we can forget about the home ownership market for a couple of years. The market will drop for sure, it will be interesting to see whether the same applies to prices or the owners continue to profit from immature domestic market. Demand for rental housing will not be high as well: there won’t be any jobs offered that would attract people to big cities, people won’t have money to spare, i.e. use for another rent. On the other hand, the experience of several generations living together in a small flat during the quarantine will stimulate desires to buy new homes. But it will be far from perfect. The situation will be better in smaller towns than in Prague, Brno or Plzeň. As for office premises, the situation won’t be any better: they will have to face not only job reductions but also the quarantine know-how: work from home is not a problem and money for the rent can be saved.

In retail, all levels of on-line shopping will be used more and more: distribution aspect will be enhanced while supply and shopping experience aspects will be reduced. The question remains, however, whether this transformation of the retail sector can succeed in (more or less) current construction segment or new, especially distribution centres will be needed and (some) brick and mortar stores will cease to exist. Anyway, this trend will be slow.

As for hotels and tourism, this sector will most likely face the reality (at last). Travelling just to pass the time and as a social model will not be interesting for people who will have to deal with more serious troubles - how to provide for themselves and their families. Travel incentives will help only strong actors: recuperation programmes or real cultural and sightseeing tours. As for the high-end and luxury segment: rich people will get poorer but less than poor or middle class people. On the other hand, the imperative of higher social respect can be expected: luxury will probably have to be forgotten (at least for some period of time) (there's a serious discussion on this topic already in progress in clothing industry).

Some industries will remain unaffected and develop at “their own pace”. Hopefully, the situation will not be that serious that the “rich north” would eat less or badly. For food industry, it will be “business as usual” and European agriculture may even improve a little bit. The tendency is directed towards home production because it is controlled. The same sentiment might help other industries like clothing, textile or shoemaking, as well. But more probably it will fade away. Downturn will be the overall tendency in these industries. The outlook of the automotive industry is the big unknown but it will hardly be golden: the transformation to other types of power has not been completed and now the industry will have to face not only dramatic decline in demand but also a faster onset of new paradigms of physical transport in favour of autonomous technologies, shared means of transport, smart public transport and transport as the service instead of existing vehicle usage. One of the few lasting certainties which will remain valid also in current crisis is the fact that “Cash is King”. Automotive concerns are large and they have had plentiful years. In general, large companies know how to keep cash - and now they have it. But is the amount of their cash high enough and will it last long enough to cover radical alteration? Nowadays, global car brands are often interconnected with states. Moreover, there are no doubts they are “too big to fail” and governments will definitely support them. Will the public funds be intended only for employees organized in trade unions? Or will there be anything left for investments? If the latter is true, it will be a great driver of new construction. However, such investments will be delayed compared to the health sector and communication infrastructure as well.

We are not China or India, but in the Czech Republic, there also will be many young people who will not have a chance to become economically independent or start their career in big cities “after pandemic” as they were used to: they will come back to their native small towns and villages or they won’t even move anywhere. Either way, people starting their economic activity will face lack of opportunities for gainful employment - but it may be easier for them to cope with it at home with their parents. It will be interesting to see whether small villages understand and use the opportunity (which already seems to be used by them) to support the development of business and job opportunities within their scope of responsibility – i.e. construction of premises for small and medium-sized enterprises offered to local individuals for a song. These would be small but persistent contributions to recover economy as well as to construction and design companies and architects. We will see, if the pandemic and the following crisis bring something good: until now, the opportunity for economic development has remained mostly unused in the mistaken belief that the supply of flats or building lands would prevent people from moving to the cities; or with the false vision of prosperity based on tourism development.

The construction of the new Prague’s quarter, Na Vackově, proceeds as planned Hloubětín Residential Park designed by our studio is a part of the Building of the Quarter-Century project