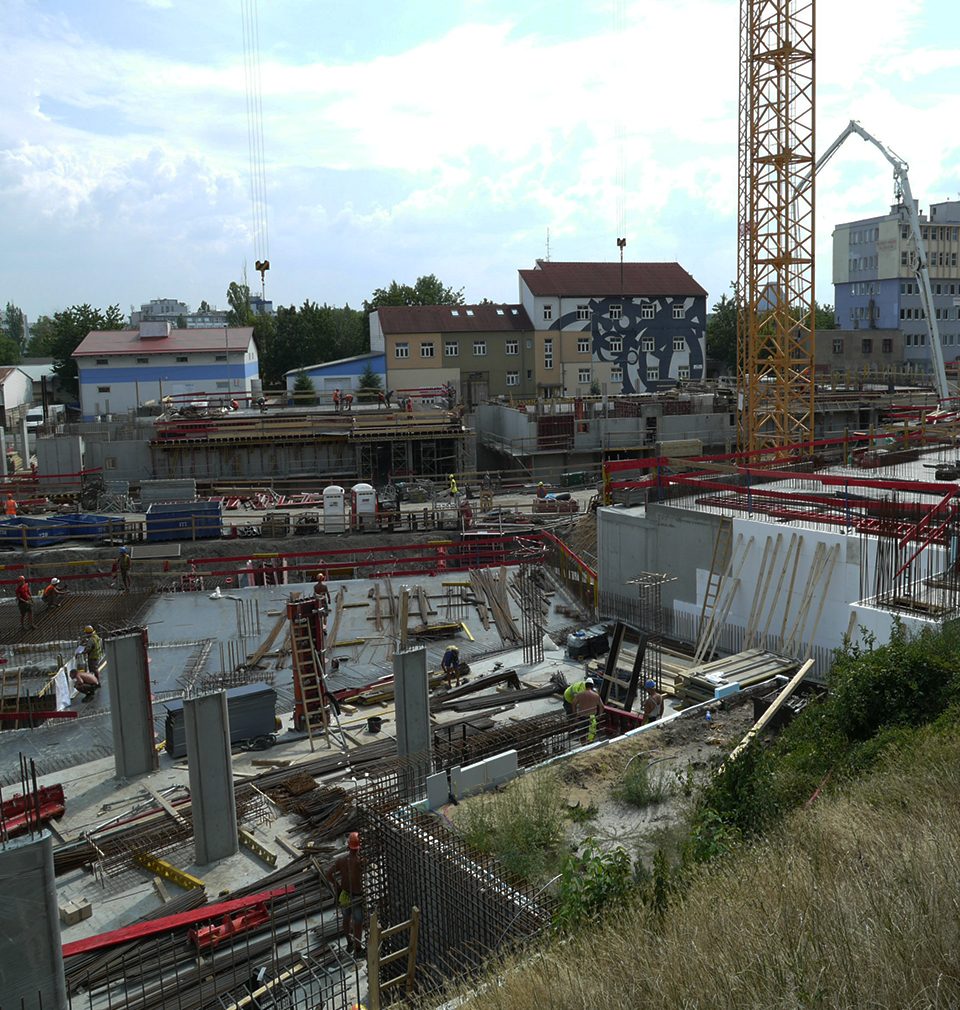 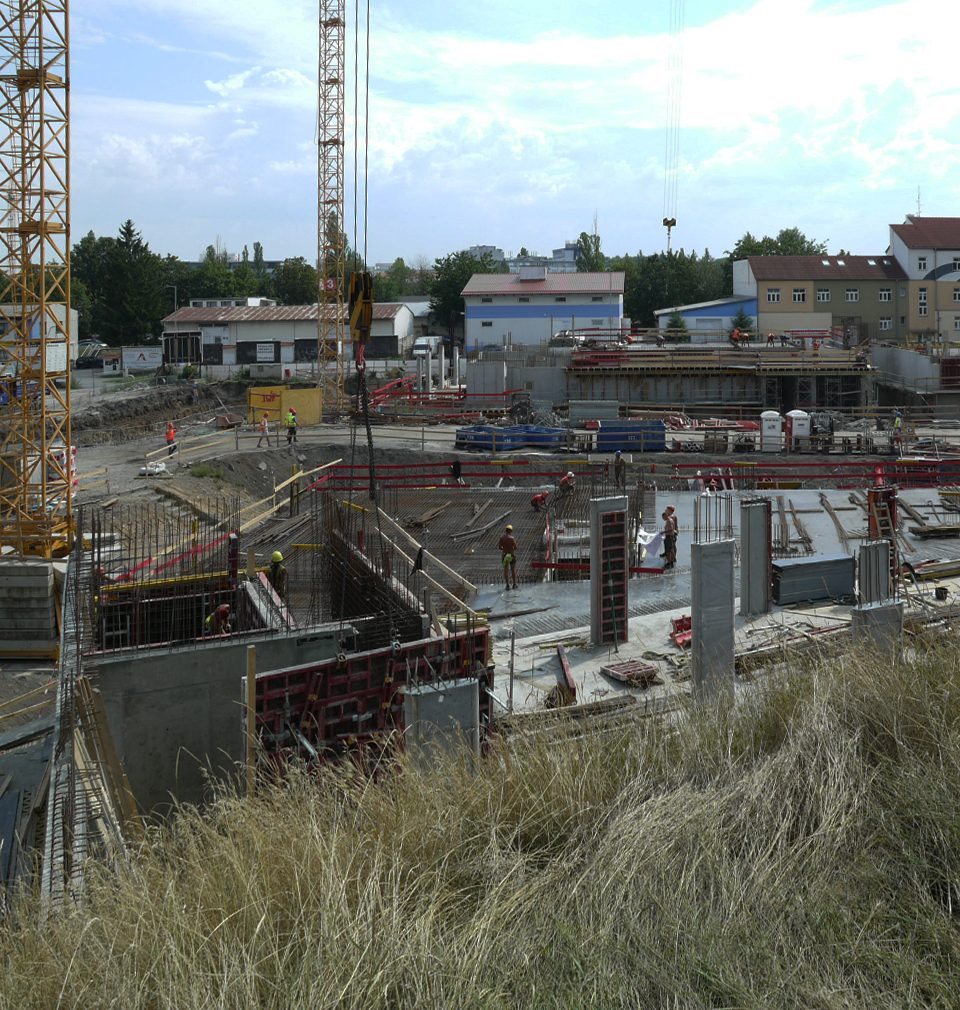 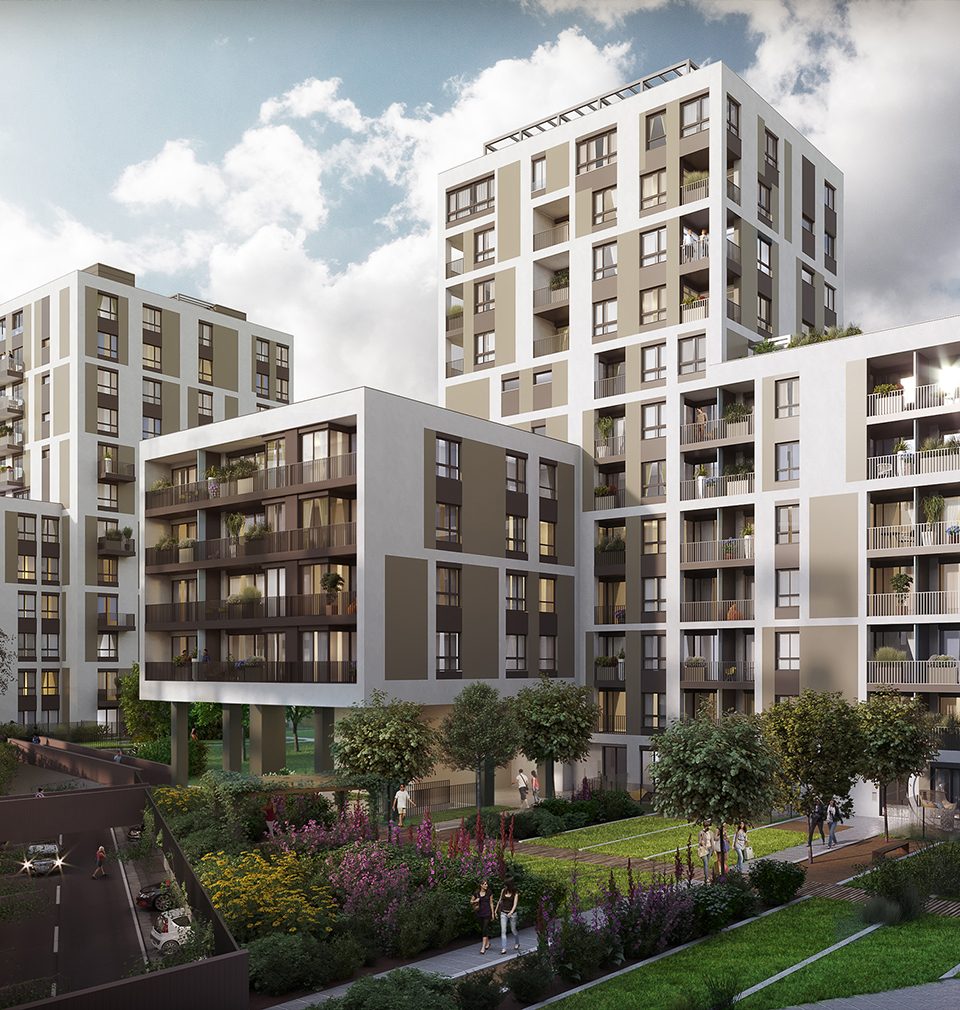 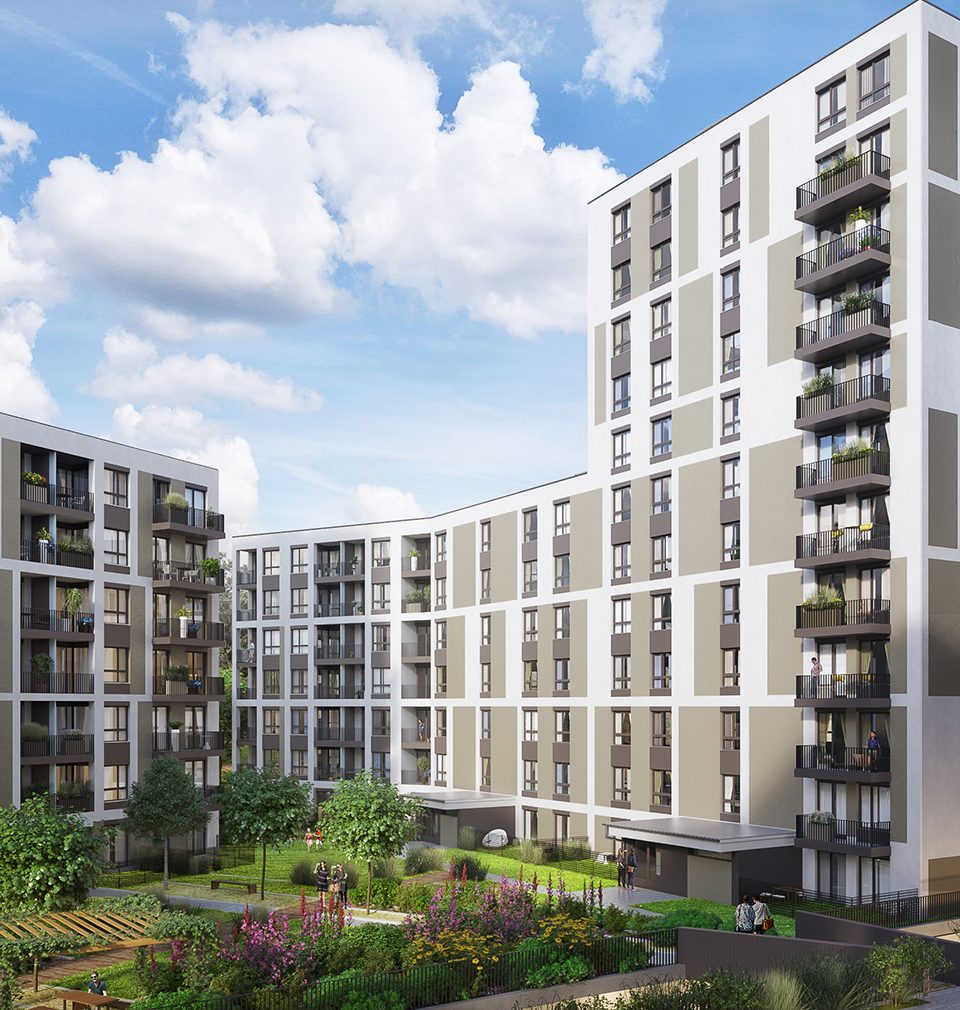 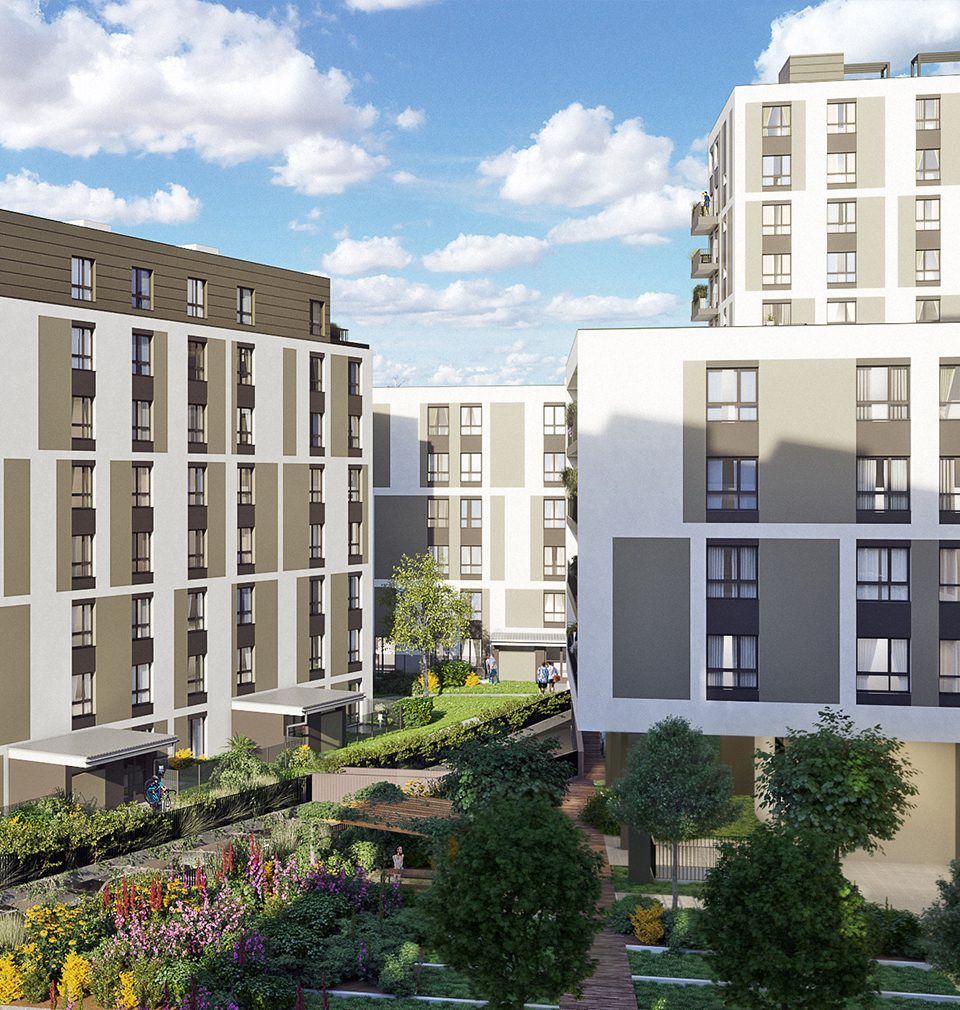 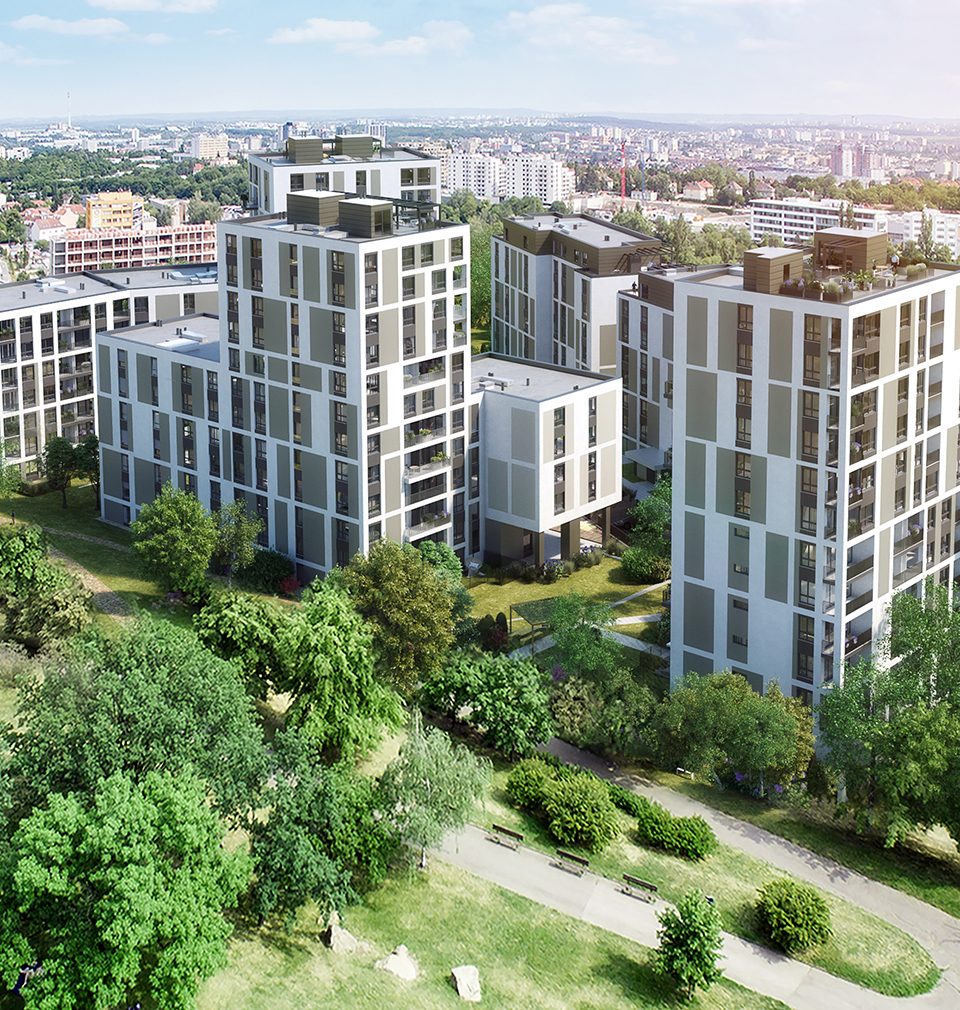 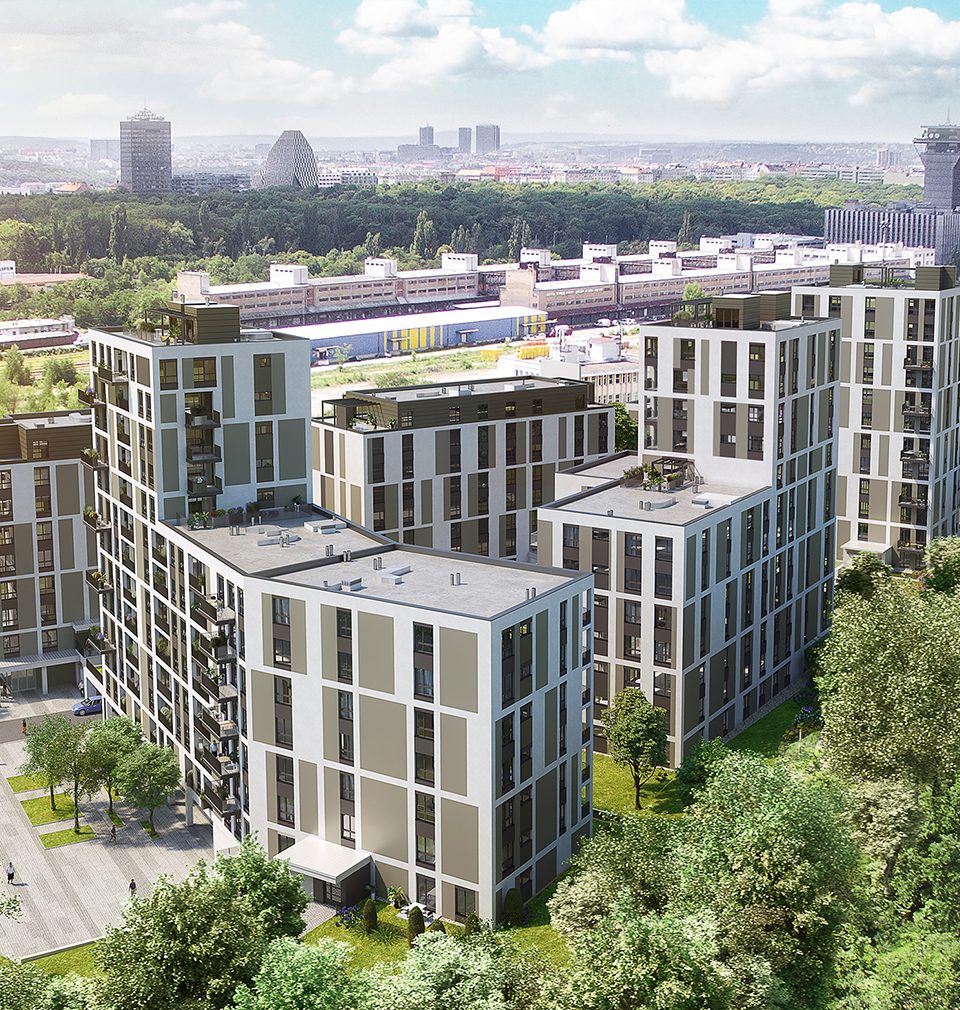 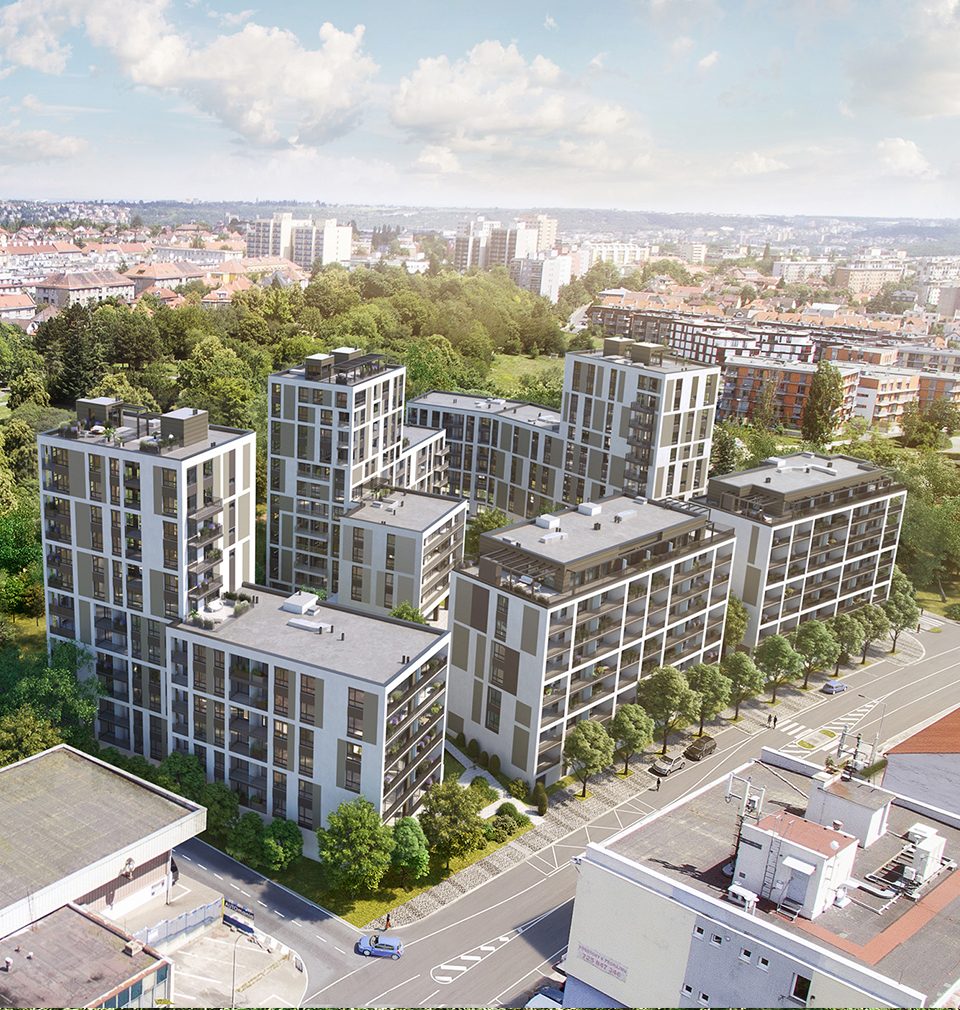 In several stages, the internal periphery of the Prague city is being transformed into a new and comprehensive district providing comfortable, high-standard housing

We have designed a new architectural and urban structure dividing Vackov into different quarters and creating passages between local building standards and built-up areas. Our master plan used to build a new Vackov district determines the structure of the public space and the nature of respective localities. Zones B and D in the north-east are connected to the original villa quarter in the east. Zone B consists of 11 apartment buildings arranged around the open inner courtyard. The Street of Olga Havlová – a backbone of the locality – is a connection to the zone D2 consisting of 11 apartment buildings: these create smaller semi-closed inner courtyards based on “low rise, high density” principle. Public areas in this group are characterized by full-grown vegetation and geometrically arranged undeveloped and undevelopable areas. Zone D1 consists of three five-storey villas. Their rounded forms are in line with surrounding buildings. These villas were built in order to create a peaceful oasis isolated from busy streets. Construction of the zone A is in progress at present: it is connected to the Žižkov Railway Station where a new residential district with long awaited amenities will be built in future. Zone A consists of three residential units and a square, the imaginary centre of Vackov: basic amenities and dynamic public space will be present at Vackov as well ensuring its independence from still uncertain development of the freight railway station. Zone A1 – the westernmost part of Vackov – consists of five residential buildings including amenities on the main floor built on the common platform of underground parking connected to the Street of Olga Havlová.

Read the full article on Earch.cz