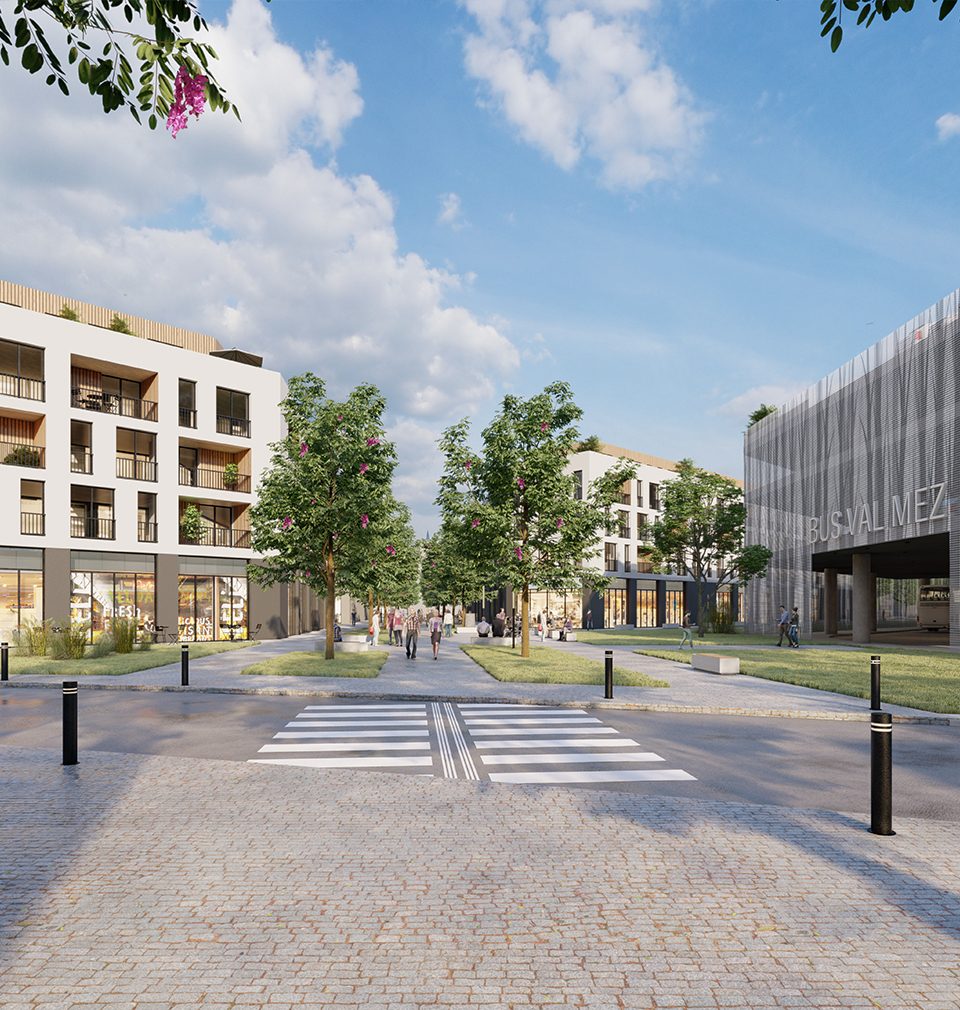 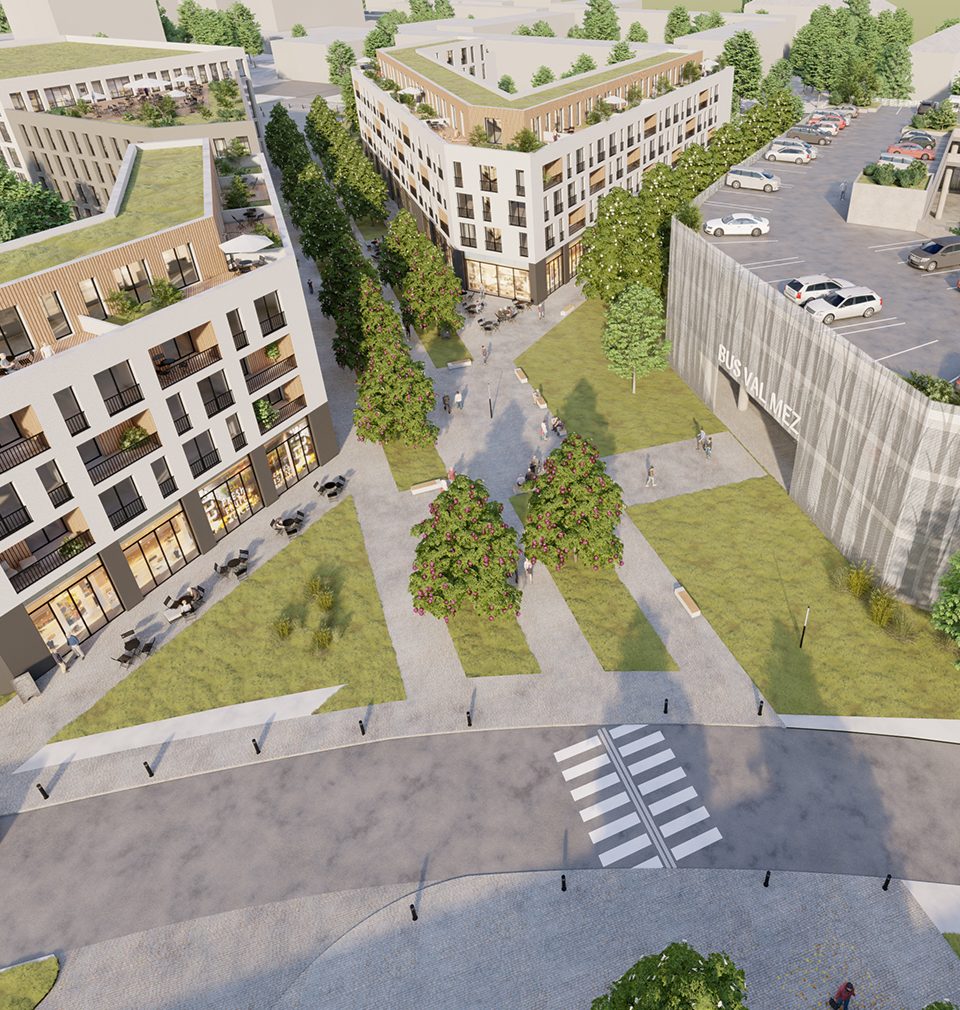 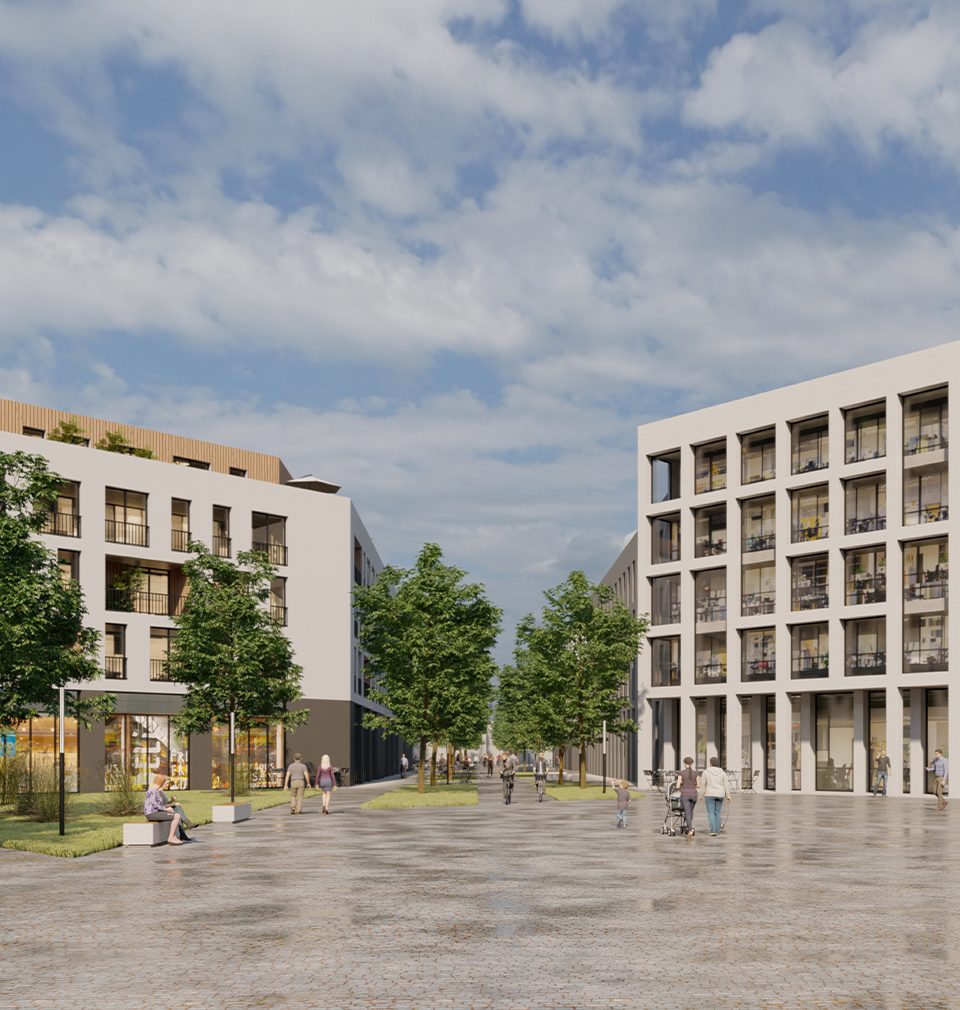 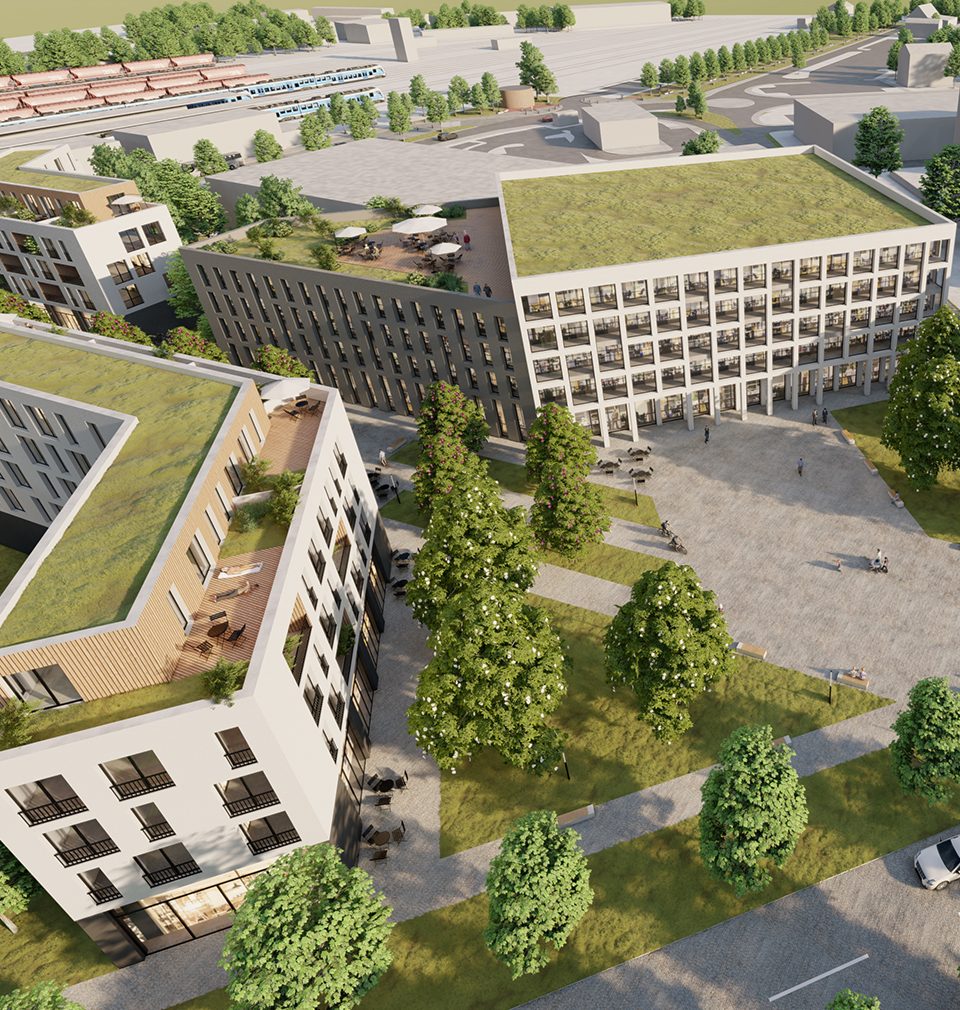 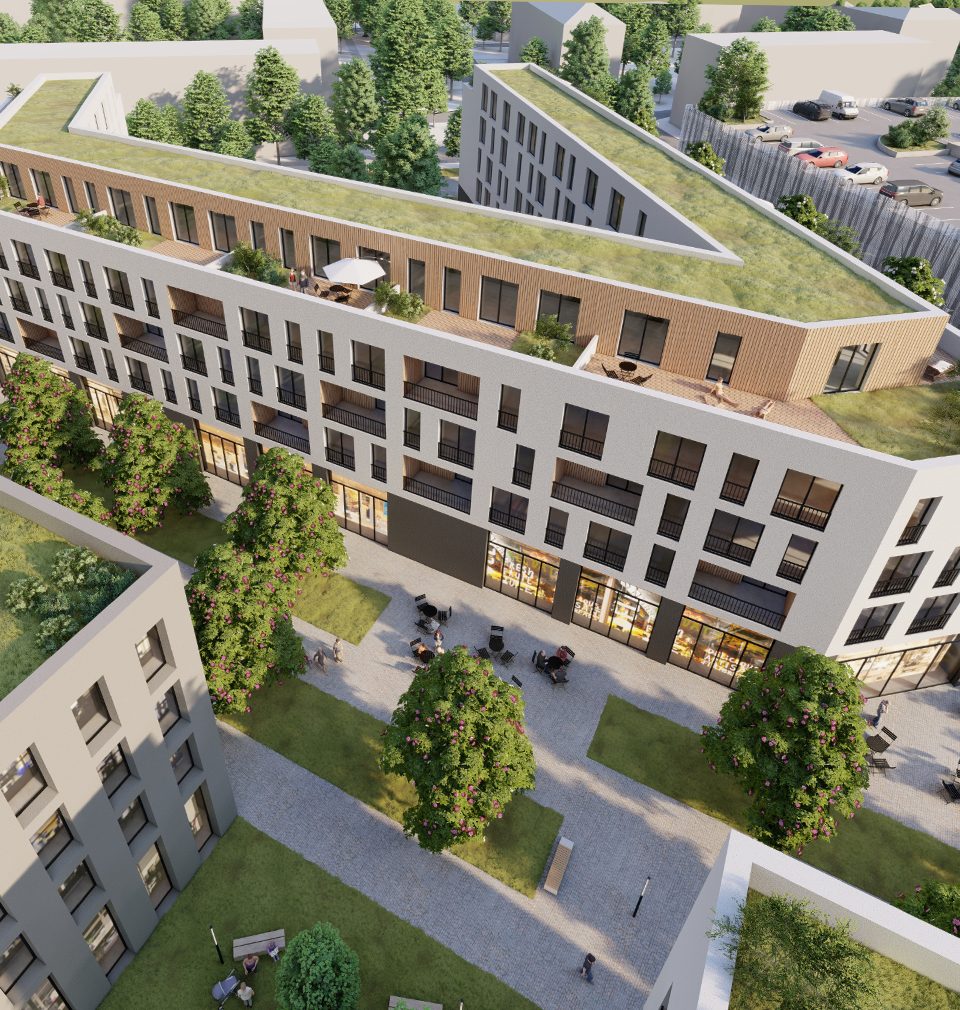 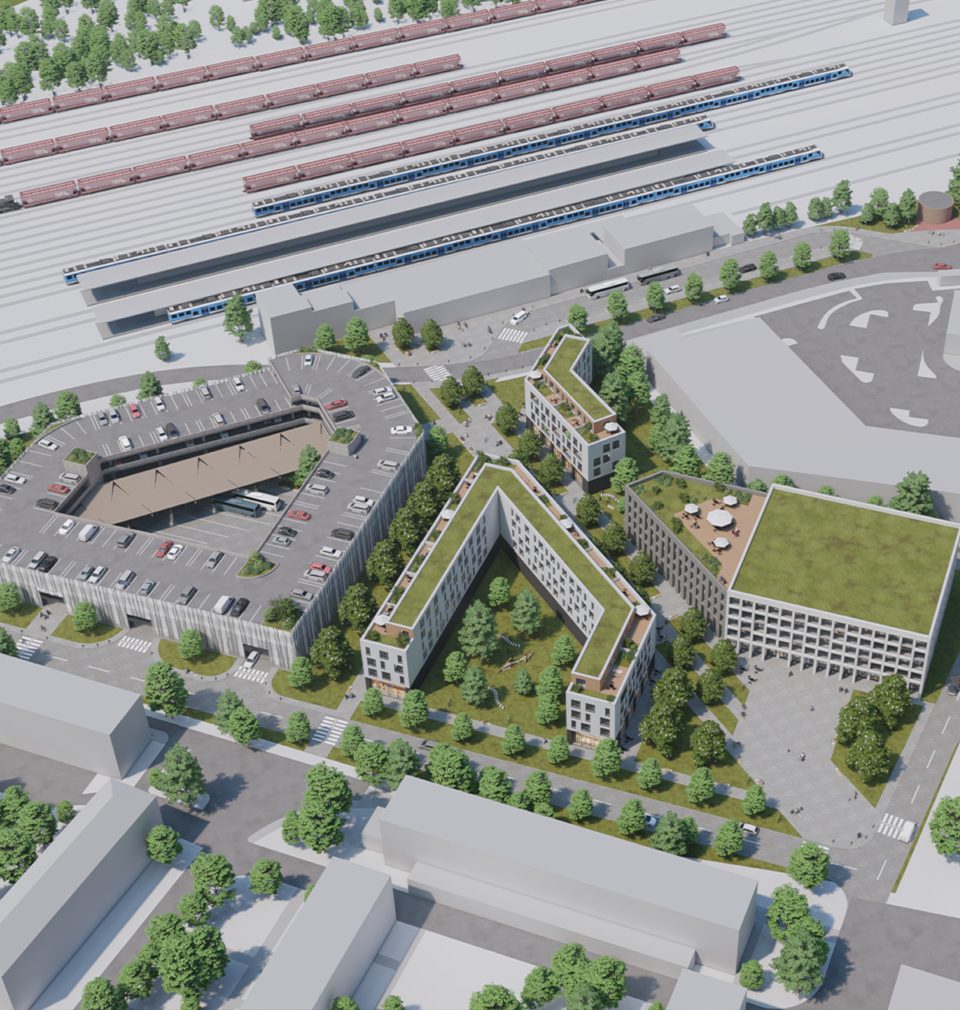 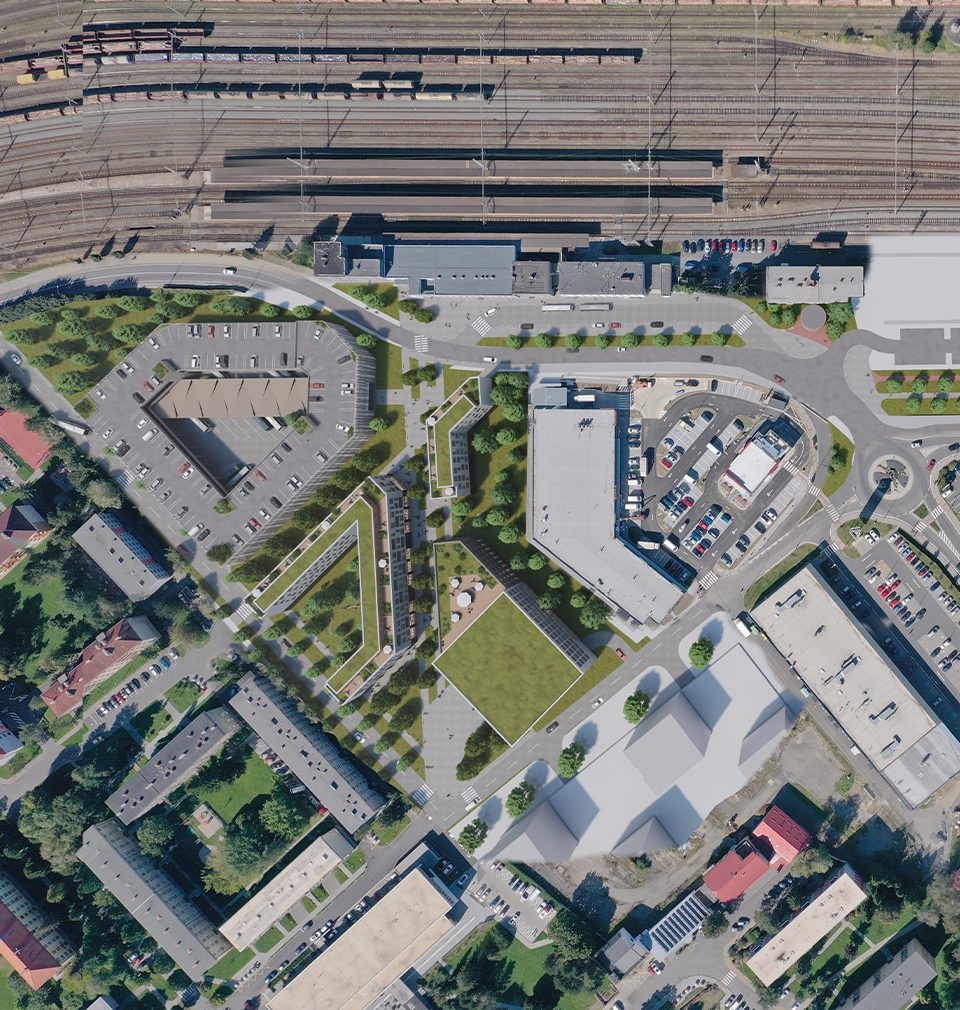 We win second place in competition for sawmill regeneration

Our urban design proposal was awarded second prize in a competition which addresses the new use and transport solution for the site of the former Křižanova sawmill and the area around the train station in the town of Valašské Meziříčí. The proposed scheme includes a range of new buildings including a town hall, a transport terminal with roof parking, and residential buildings with retail at ground level featuring new landscaping.

We have devised a well considered plan, which aims to revitalize a dilapidated area and integrate it with the surrounding streets. The site is located next to the train station, and therefore we started by looking at the transport connections in the town and proposed a scheme that would act as a new transport hub for the area. The architecture of the scheme is friendly and of a human scale which connects to the blocks of the nearby Křižná Housing Estate, extends the existing streets to the station and creates a welcoming gateway to the town with high quality public spaces uniting the old and new.