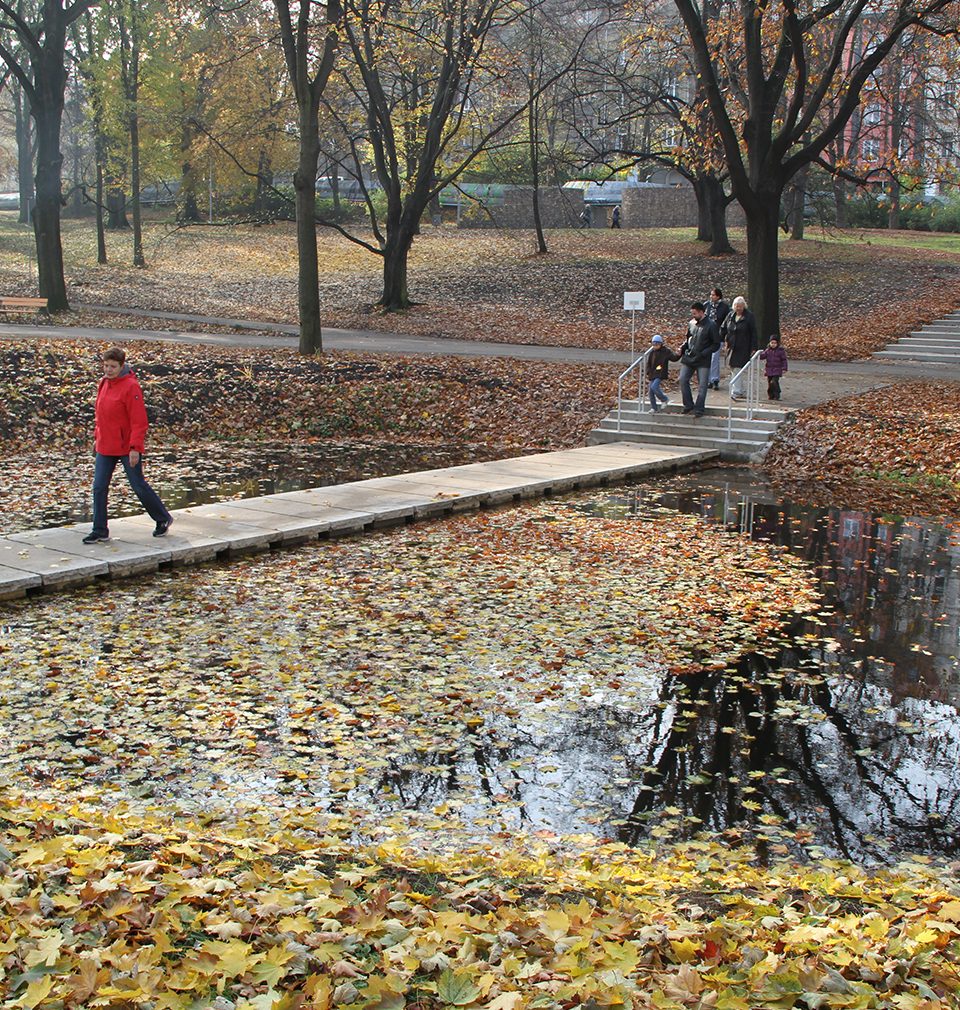 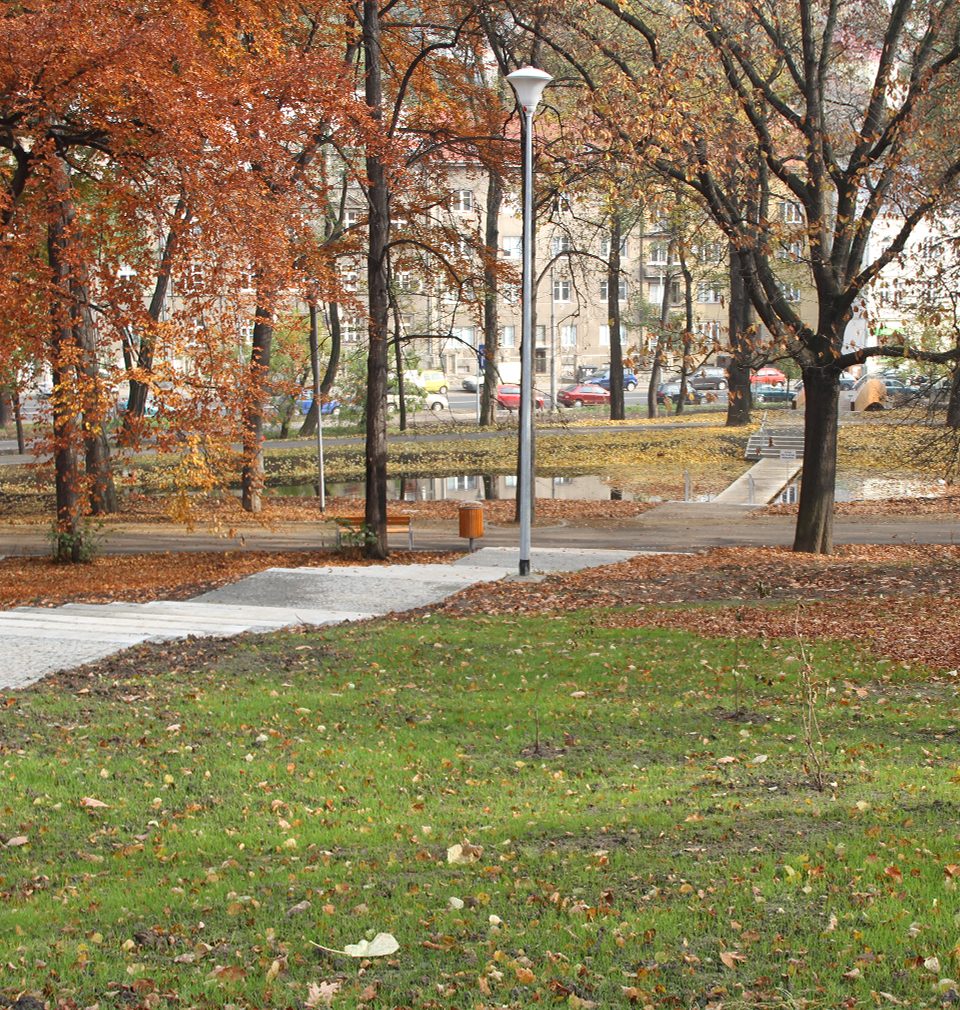 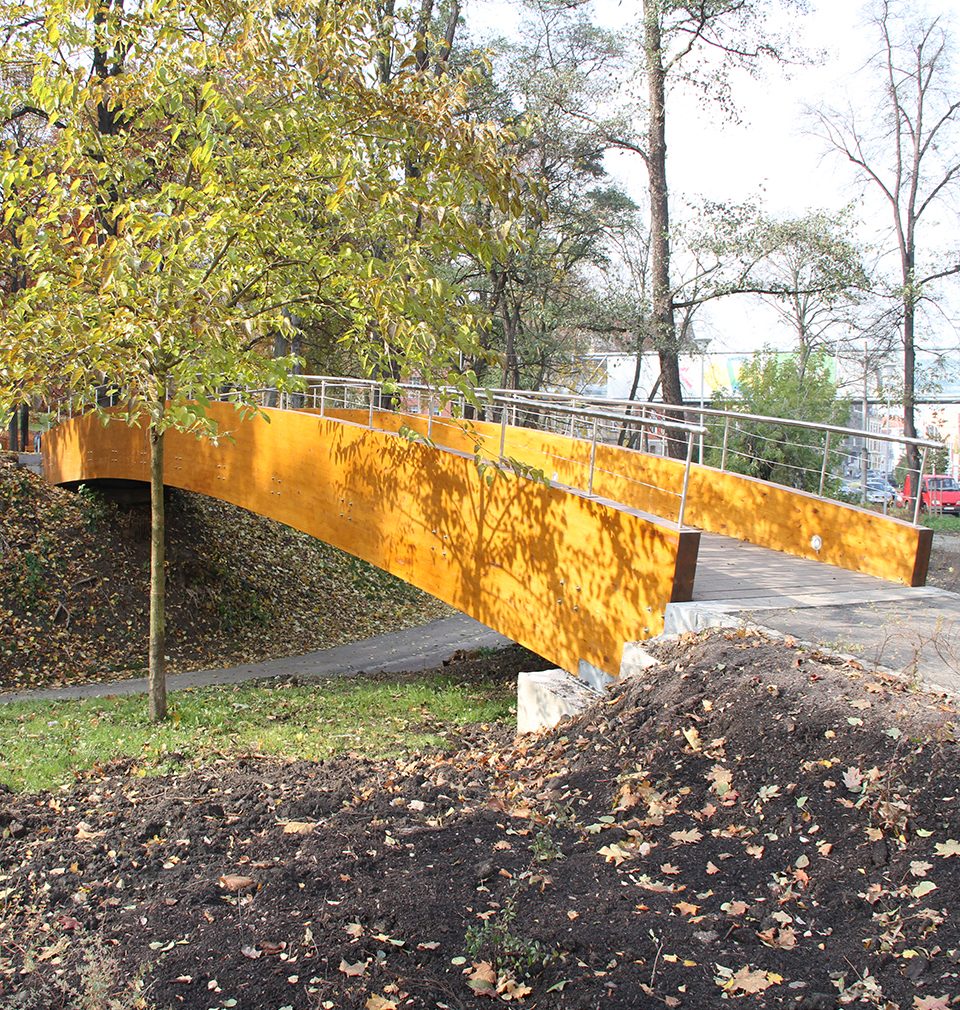 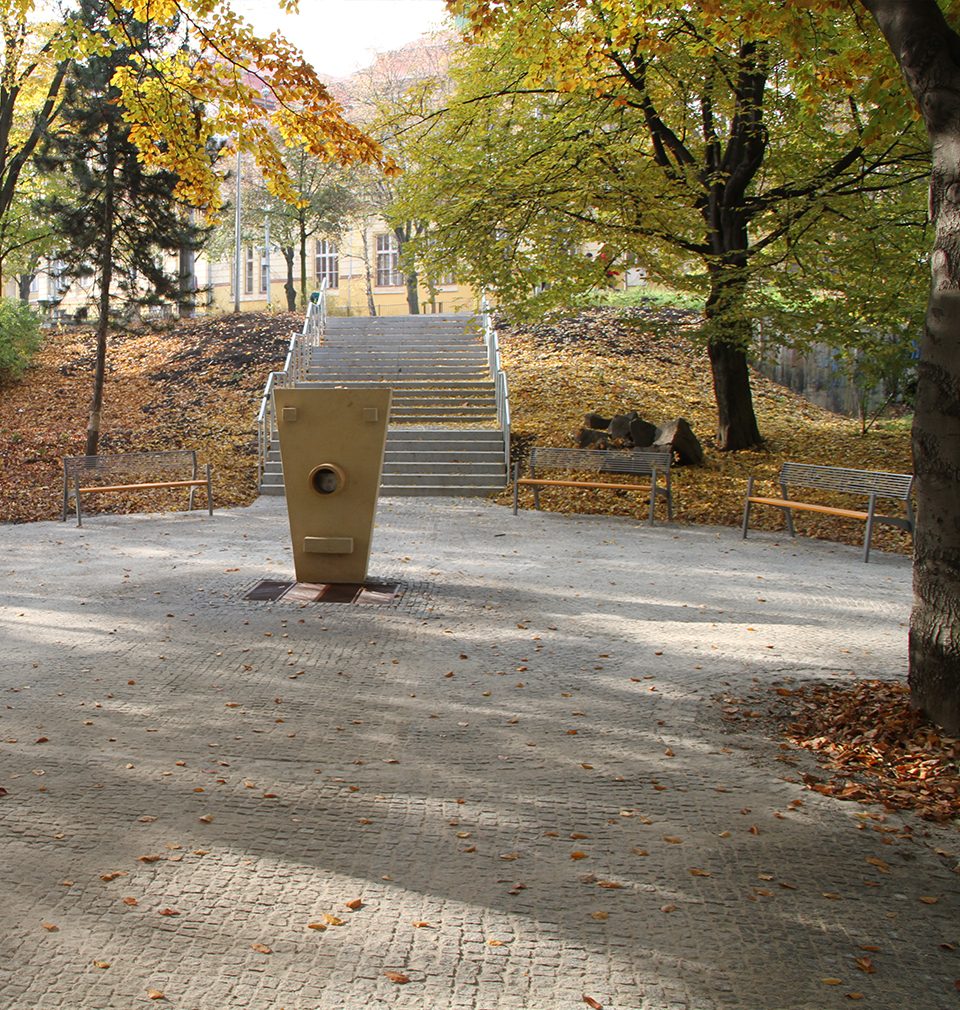 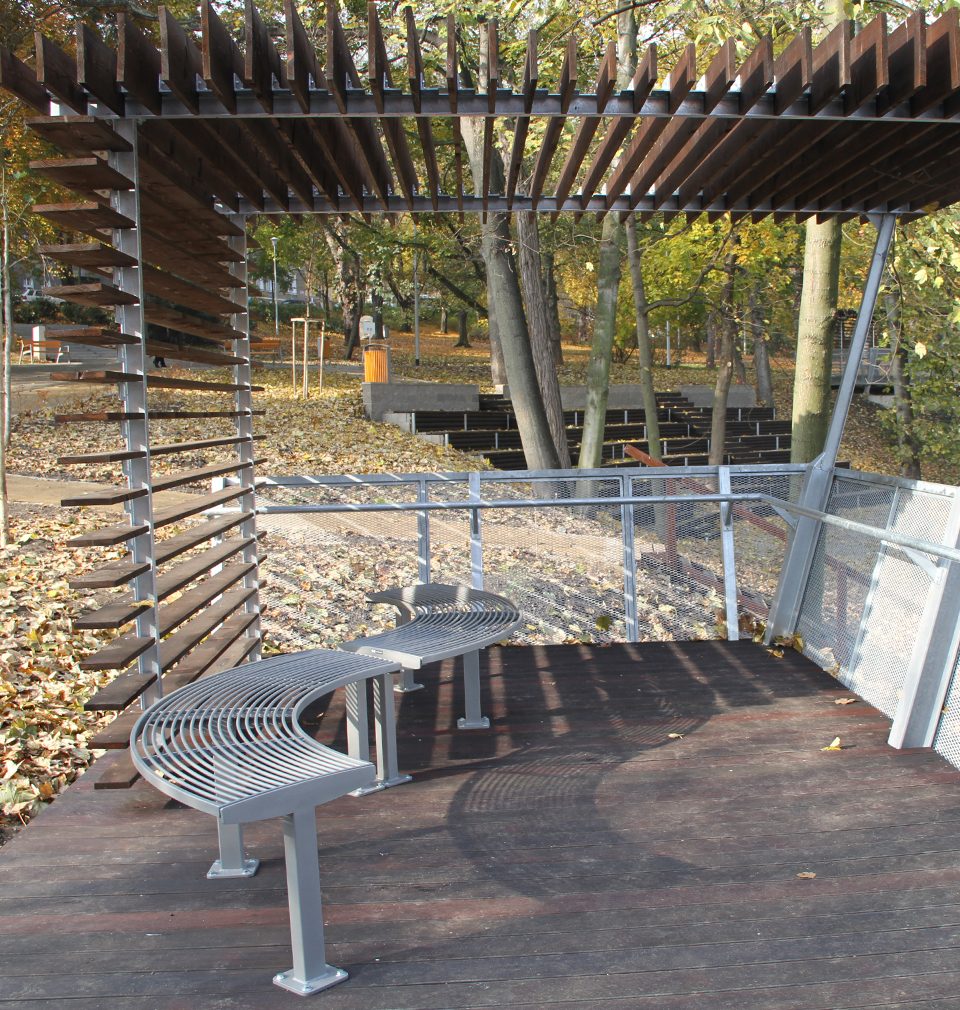 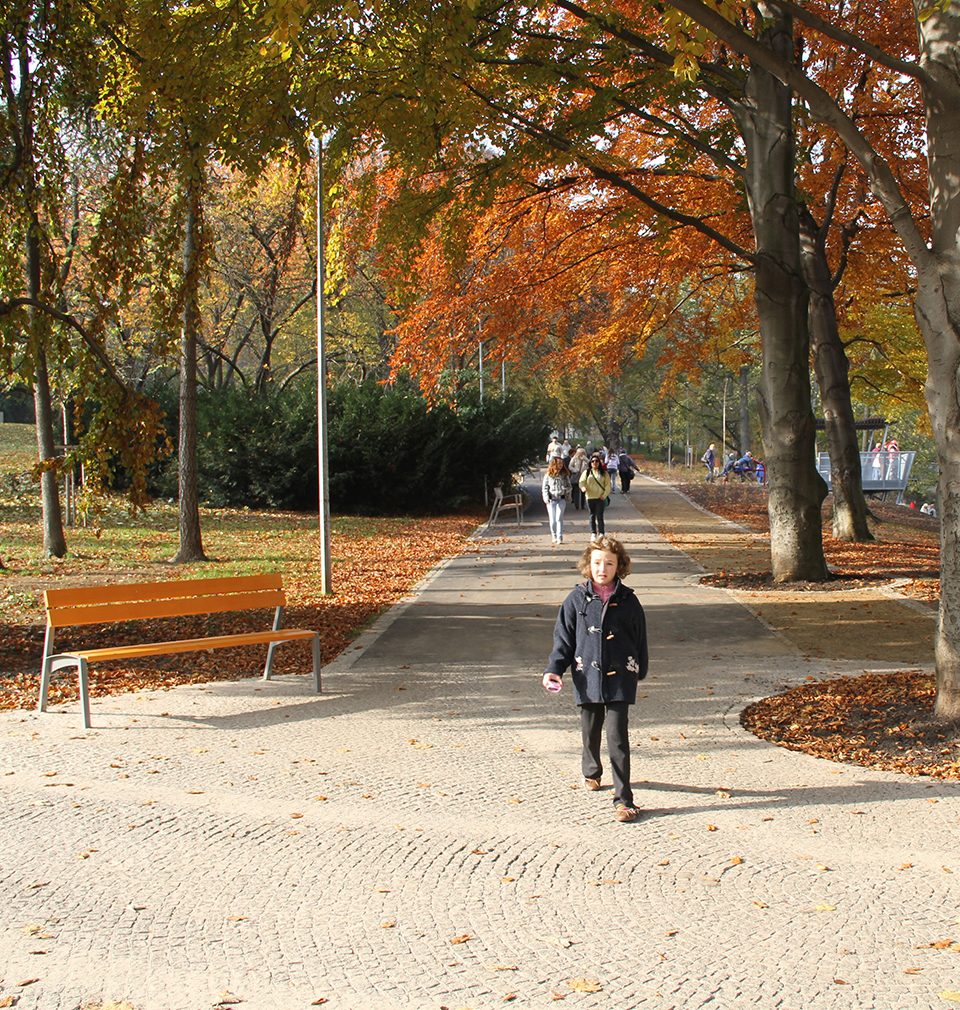 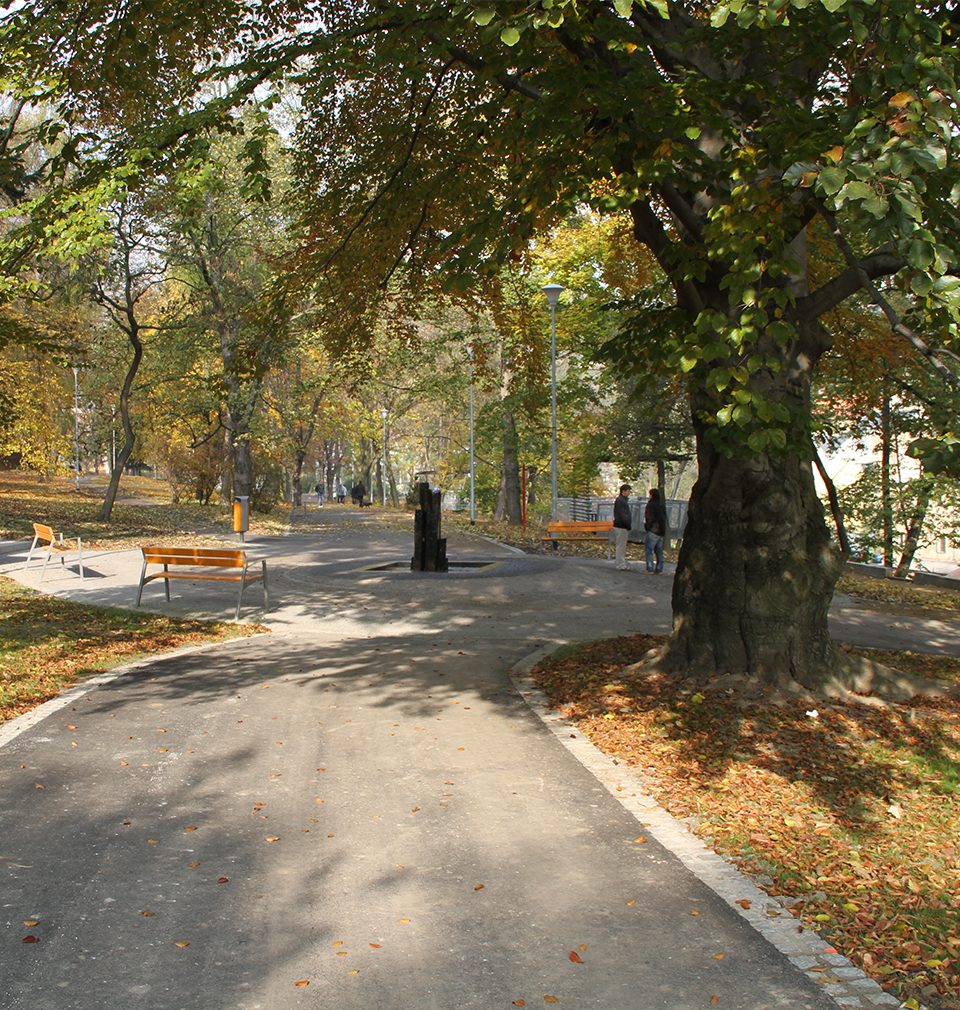 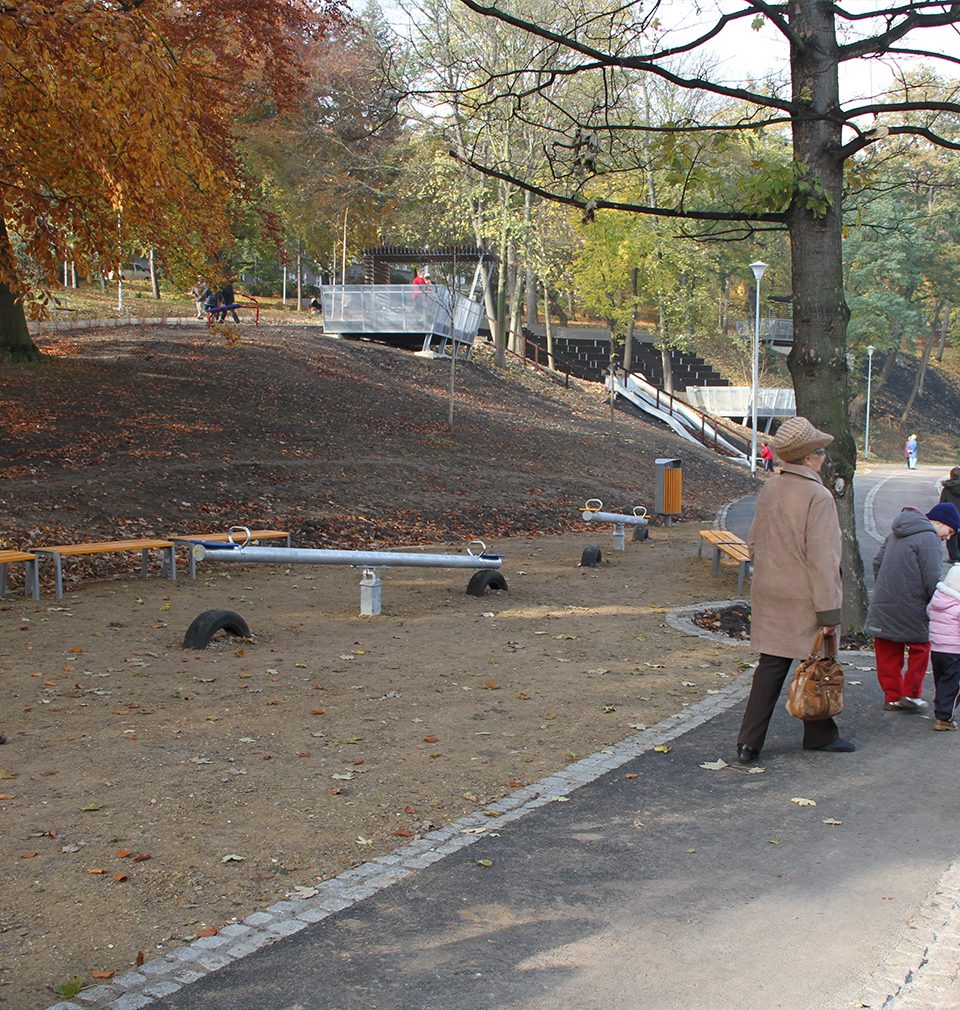 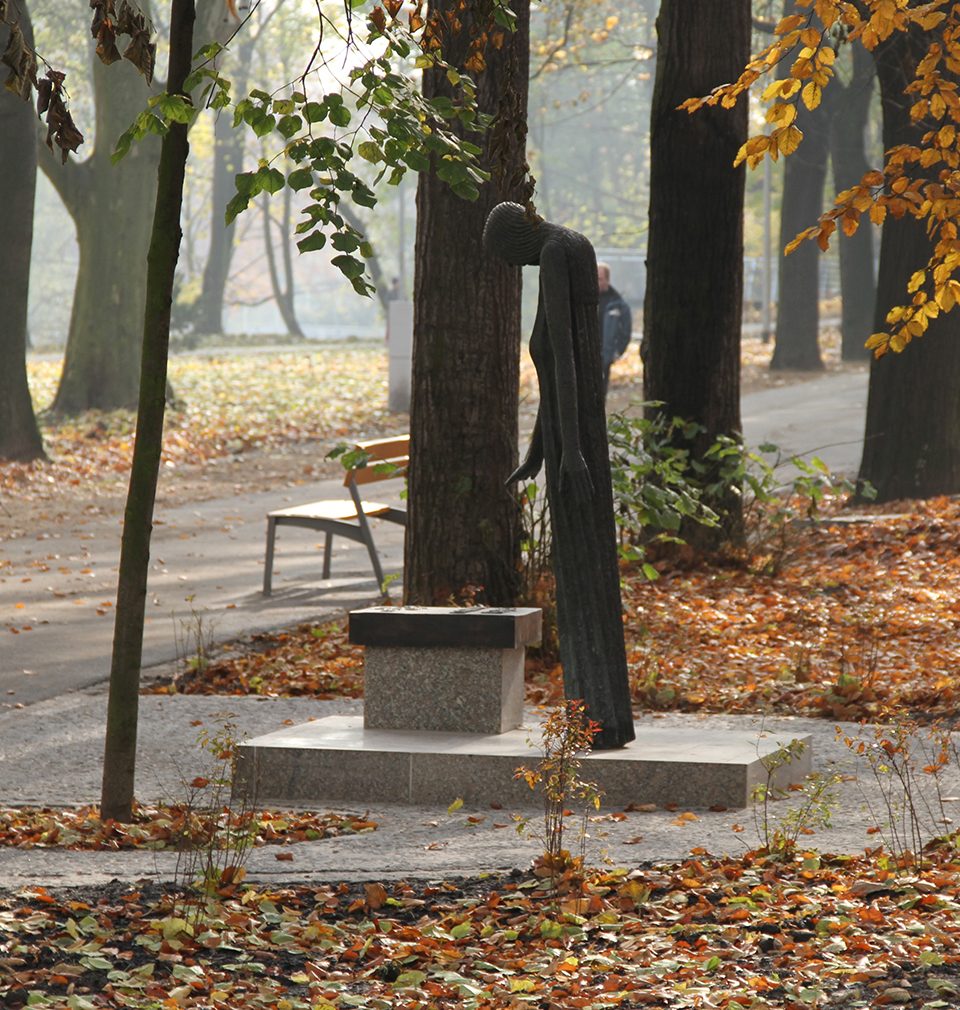 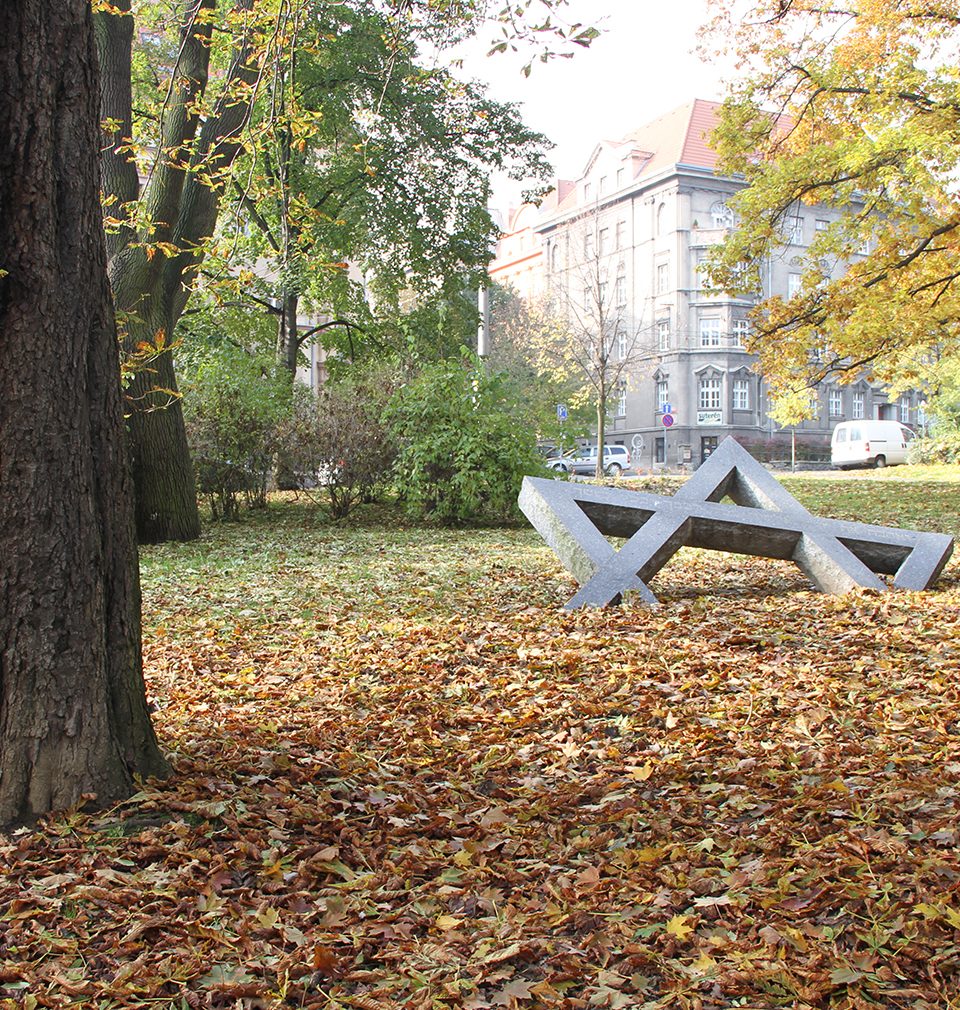 The following has been published on Earch.cz: Revitalization of Urban Orchards in Ústí nad Labem designed by MS architekti opened the park for wider use

Urban Orchards are a composed public space landscape in the centre of the city, an attractive dynamic park for citizens and visitors offering a wide range of leisure activities for all age groups (playground with incorporated fitness equipment, pétanque playing-ground, terrain for rollerblading and skateboarding). In orchards, there is a network of paths and pavements connecting four main entrances. The northern tip is a green oasis around the pond with a wooden bridge linked to surrounding paths. In the centre, there is a summer stage - an amphitheatre and several lookout points. In the southern part of the Orchards, there is a playground with the main fountain, and the memorial remembering victims of holocaust – a granite Star of David half-sunk in the ground at the place of former Jewish cemetery. The promenade connects the eastern entrance and the Monument to Heroes of the Soviet Army. Twelve signposts across the entire Orchards were complemented with modern sculptures often featuring some water element. Together with park furniture used they create picturesque corners in an open and sought-after public space surrounded by the urban structure.

Read the full article at Earch.cz

On October 14, 2019, our design of the public space at the central part of a new Smíchov City will be available in the CAMP, Prague Regeneration of brownfield of former "Kolbenka" in Prague's Vysočany