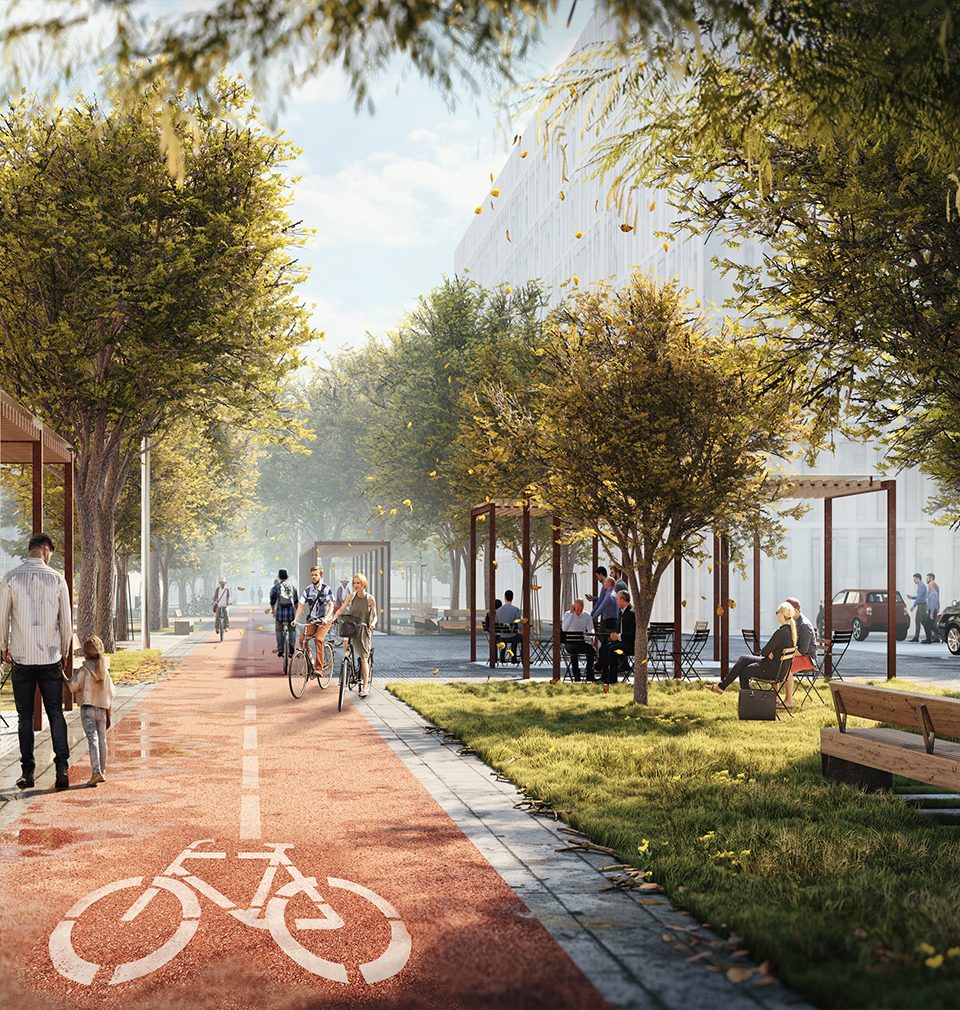 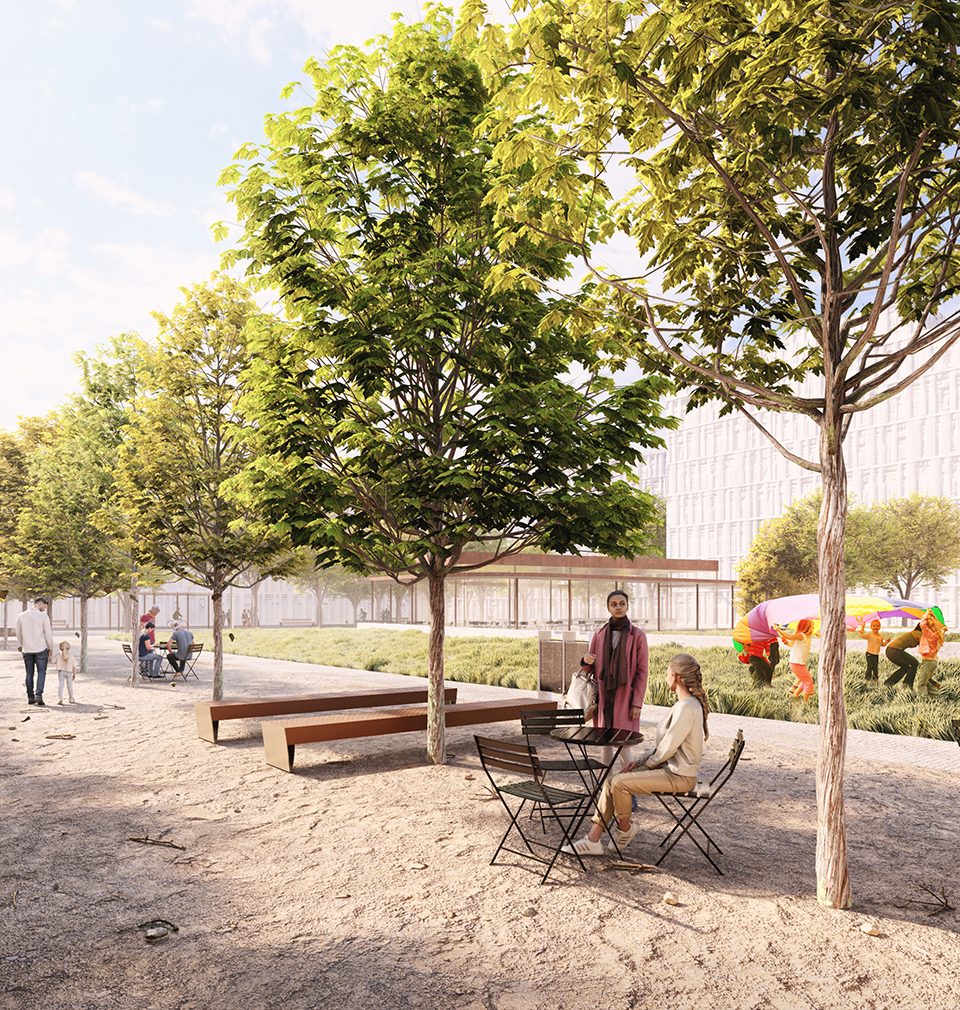 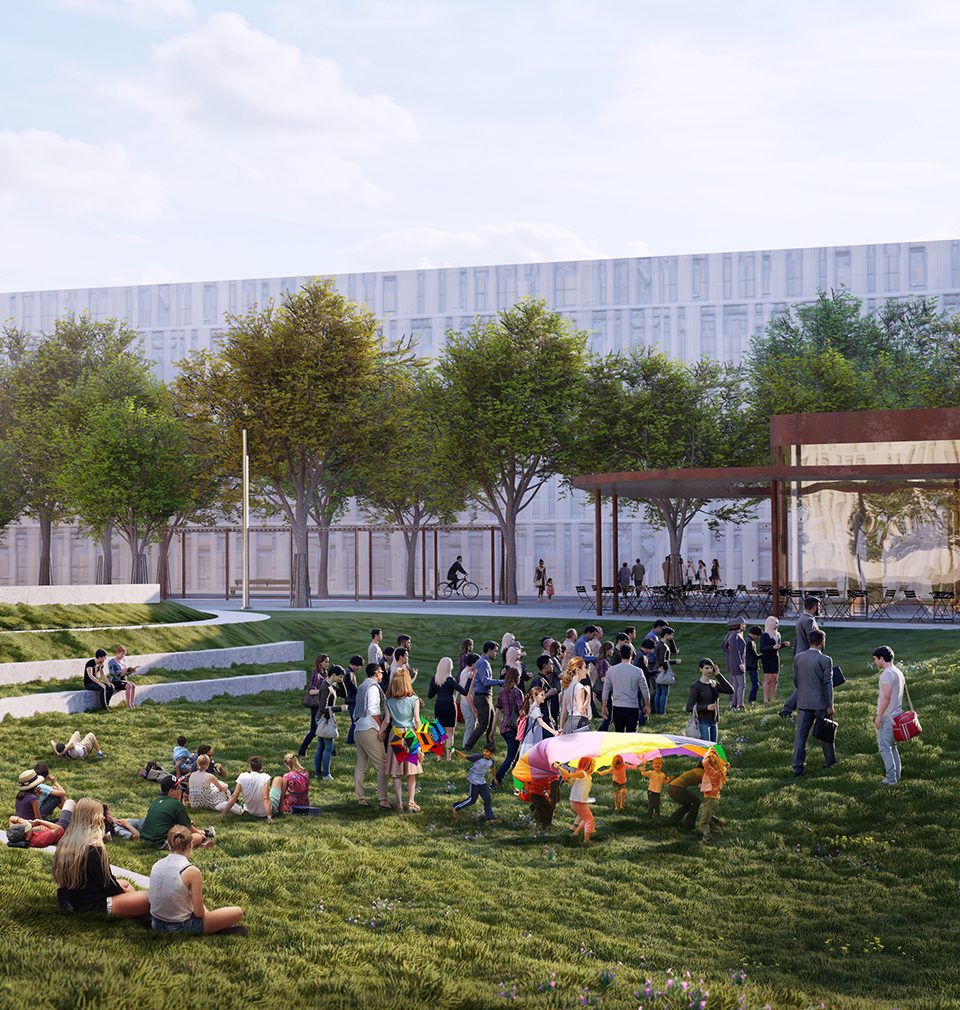 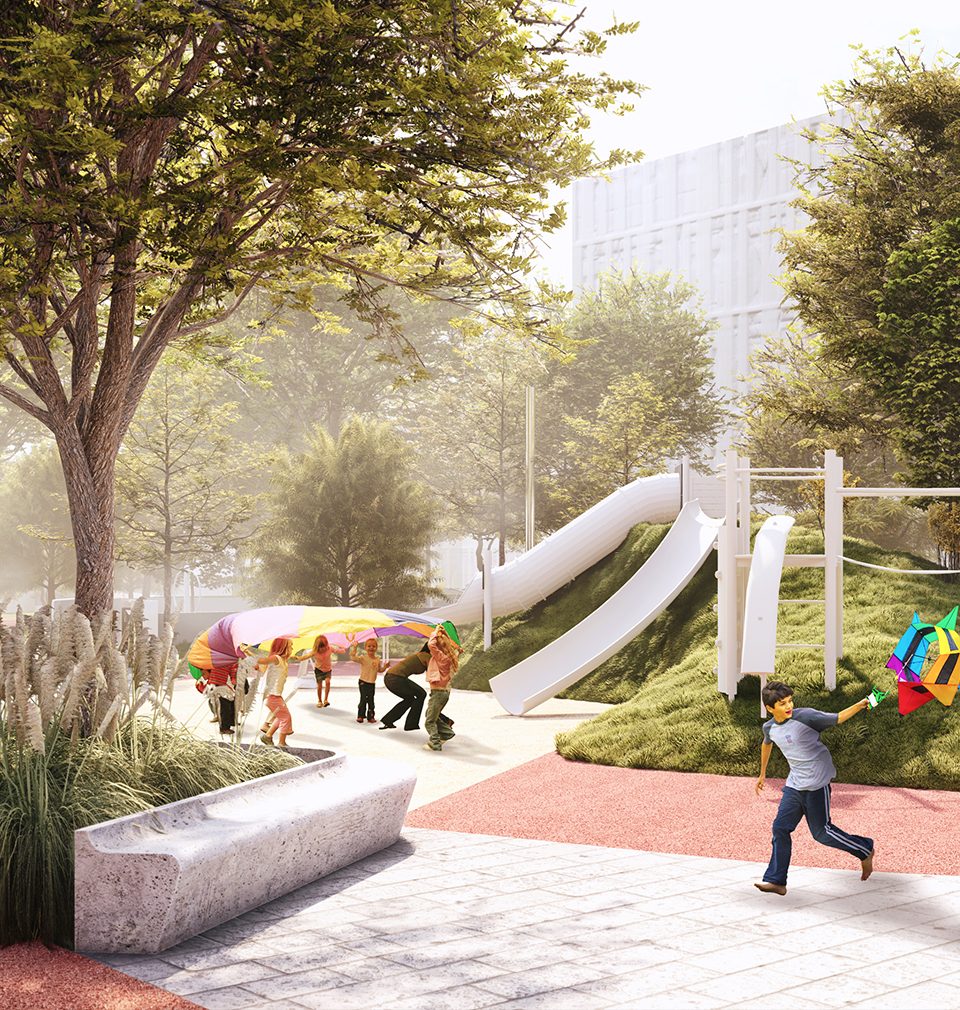 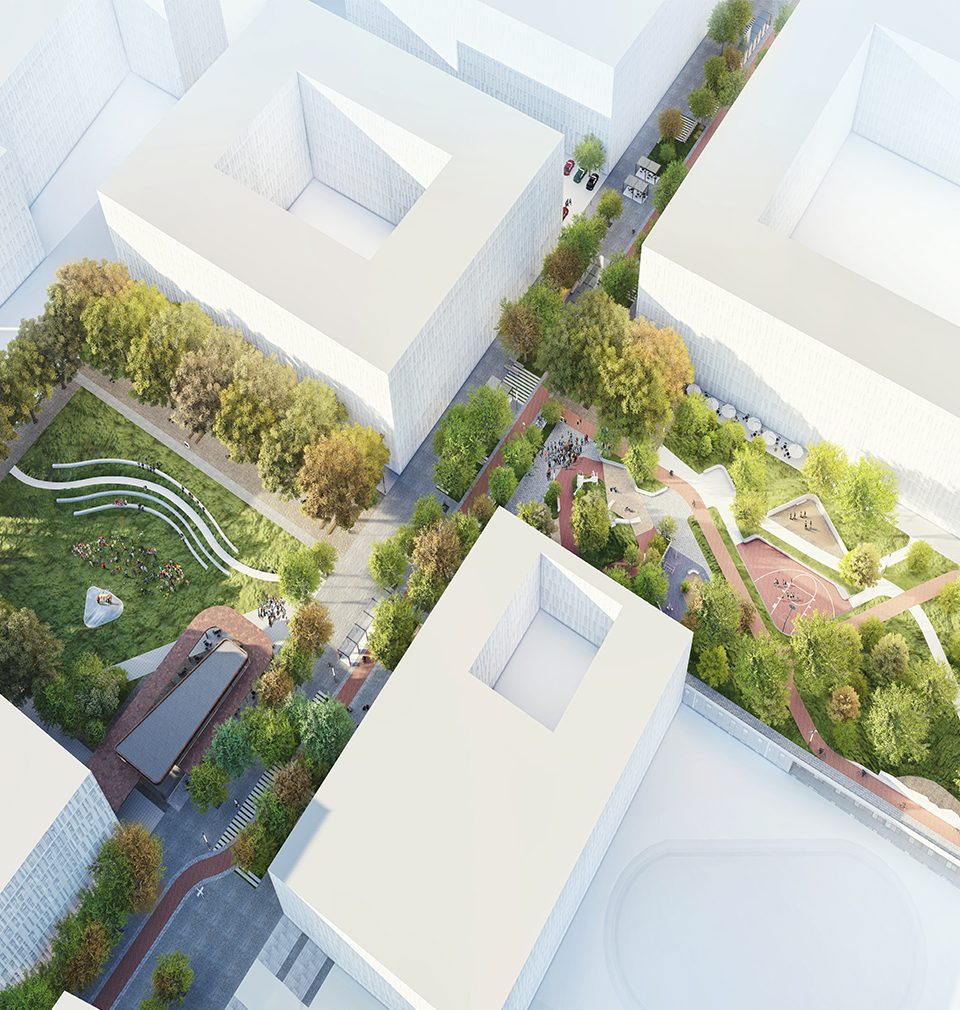 A new Smíchov City quarter with a high-quality public space will be constructed in the territory of the current brownfield of Smíchov Railway Station. The central boulevard is designed as a linear park and the lively centre of the new urban structure. It connects the northern residential and the southern commercial parts both separated by two parks in the design. Separation of the two built-up parts by a green belt designed in the land-use plan generates a threat of creating inner periphery and only a really attractive, active public space along the entire central boulevard can eliminate such threat. The street profile has been completed by MS plan with a multi-purpose area of the garden pavilion, shelters for stall sales, a user-friendly bike path, functional furniture and meeting places for all age groups. The arrangement with landscaping and urban solution of the two city parks and their own microclimate has also been designed by our studio and they will support rich of facilities the new boulevard.