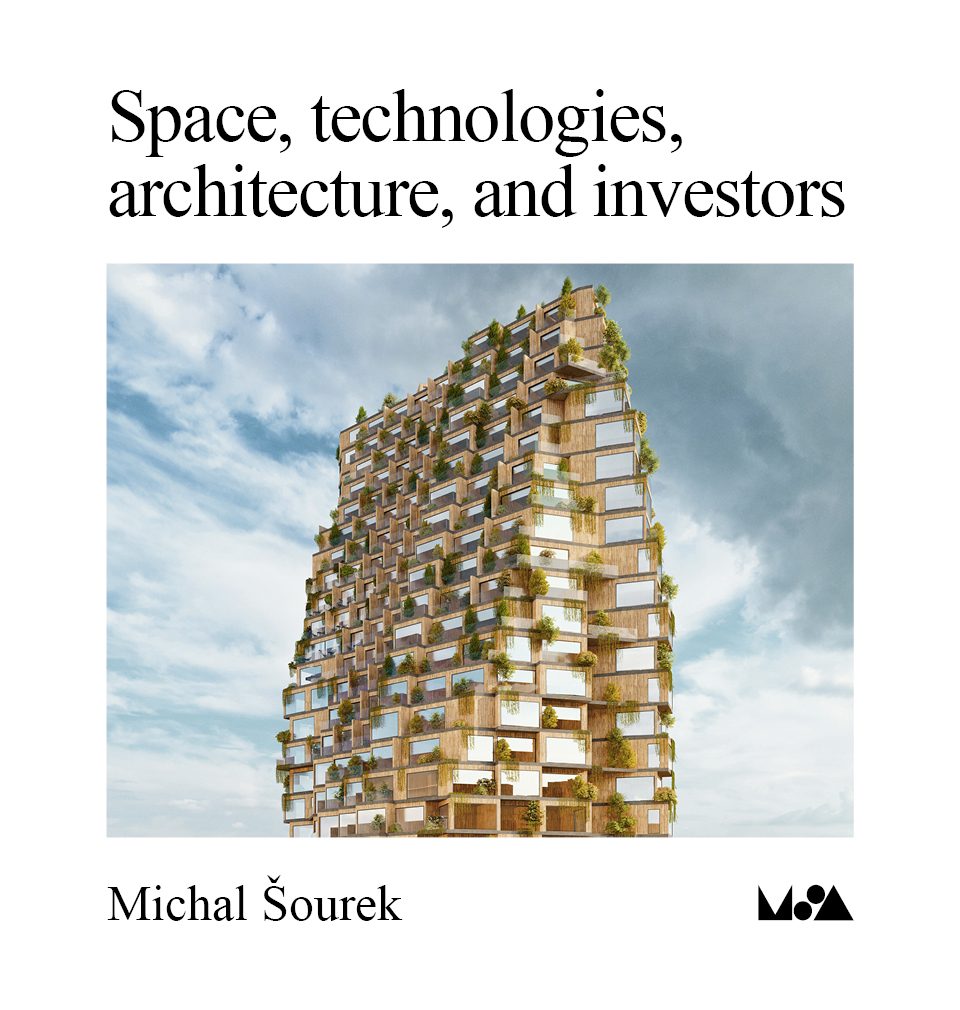 Designing architecture, and together with it the development of the built environment is on the brink of a revolution: the largest one and first of its kind since the beginnings of the field: hopefully.

The covid_19 pandemic, among other things, made urban public space visible: it was not until the lockdown took it away from us that we realized how much it meant to us. Though, since the begining, public space has been the central theme of architecture: the pyramids formed the physical public space of Egyptian necropolises, the Egyptian and ancient temples were public space as well as theaters, churches, and stoy, the public space was the aristocratic mansions of the Middle Ages - the administration of manors. The public space was also the maashauses of burgher houses and "salons" of private residences of entrepreneurs of the long 19th century, not to mention parks and boulevards built in the same era. After the famous and at the same time unfortunate episode of Giedion´s modernism, architecture gave up its social role and lost sight of public space, which in the future was to be replaced by free places; together with the public space, the architecture itself found itself on the siding. Now, a chance for architecture emerges. Simultaneously, a virtual public space mastered by information and communication technologies offers a virtual or augmented reality environment for practical use. The fundamentally spatial and communicative nature of architecture meets with a historic opportunity to change the paradigm of the process of its origin in this environment: in a virtual reality environment perhaps finally, instead of creating images of architecture, architects will be able to create architecture directly - to create virtual twins of future architectures respectively.

An opportunity can be seized, missed, or even misused. One, the second or the third trajectory is driven by demand, implementation know-how, and technology; last but not least, it is driven by the interest of investors – the interest in investing in the development and production of products that will address (and also encourage) demand: this is forgotten often in connection with architecture.

Recently, architecture has begun to set for the right track again. Technologies would be, too - but their potential is still beyond the horizon. Architecture is still blind to the opportunities offered by virtual public space, equipped with virtual and augmented reality technologies. Neither popular visualizations nor virtual reality used to support the sale of development projects refutes the statement: what is still missing is the direct use of virtual or augmented reality in the creative process of architectural design. An opportunity for public space, for architecture, and investors.

The trend of practical action to avert or at least mitigate climate change is proving more prompt. On the fringes of popular debate and media interest, all the more vigorous opportunities to respond to climate change are understood by start-ups - in California, Finland, and around the world. In the 1990s, the dot.com bubble changed our lives and the world economy forever. It did not go without crashes and unfulfilled expectations - financial ones primarily. On the other hand, this revolution passed without both government support and demonstrations.

The past decade went in the spirit of the passion for renewable and cleaner, preferably zero-emission energy sources. The clean tech boom has enjoyed public support - especially in Europe. Even so, billions of dollars "burned" in start-ups, spending venture capital of angel investors: only a few companies have been able to apply the results of their developments on the market. The final global financial balance of this era is not prima facie yet: however, the practical outcomes are unquestionable: biogas, solar and wind power plants wherever one looks, hybrid and pure electric carsare the standard offer of some, if not all ofthe major car brands.

Right now, hundreds of Silicon Valley start-up founders are reorganizing their business around the idea of ​ "decarbonizing everything." Together with engineers, they are leaving giants like Tesla to take advantage of the "generation's greatest opportunity" - climate tech. Aside from public sector interest, without government support and subsidies, billions of dollars of venture capital are flowing into the new industry. Silicon Valley is on the threshold of a new boom; perhaps. And the rest of the world, including Europe, is breathing down its throat. Can we invest in climate change mitigation? If so, it turns out that activists will not play a key role; governments, engineers, and scientists will be second. The role of investors will be crucial: will they have the perseverance, the patience, and the faith that have hitherto been a specialty of the pharmaceutical, bio- and gene technology industries? Either way, we are talking about the potential revolutionary benefits of processes, about applications of technologies that are expected in public space. Despite the money that revolves around them and what it is about, undoubtedly, they are processes initiated by civic communicative action - ideas that are born in cafes, on picnics on a beach, and at parties.

Architects have not yet made "their topic" the subject of such discussions. Neither public space nor its mission - saving the planet in the context of the development of the built environment - has yet become the content and the goal of civic communicative action. Though overseen in both practise and theory, the very connection between the vitality of public space and the sustainable development of the built environment shall be taken as proven. So far, they are not considerd know-how or technologies that will fundamentally support efficiency and productivity of creating a public space that will be able to cope better with its diverse functions and to provide varied benefits - saving the planet between them. Modifications to free places, which are intended to elevate them to public space, are quite frequent in civic discourse, but this does not seem to be enough. Those who expect architecture to improve the quality of human life in a specific way (or the quality of life on Earth in general, not to mention saving the planet) need to be involved in the discussions.

The effective unsatisfied demand is to be articulated and made visible, the latent demand is to be awakened, and those who would like to invest in the indicated development of architectural craft technologies with the vision of double- and multi-digit profit are to be attracted. Experience shows that - unlike software applications, renewables, carbon footprint reduction, and climate change - architecture does not have an effective lay audience, nor does it have investors. Then, of course, architects must either save the planet by public space against the will of the public, or in a shade of public support and investors´ attention, or they must get their craft and its potential and production back into the public space of civic debate. The physical public space, parched after the lockdown, should be in optimal condition in this regard - ready to receive anyone who wants to revive it. And virtual public space is on the threshold of upgrading the technological development of virtual and augmented reality, which can effectively support the return of architecture to public space.

Up until now, the unthinkable is to be thought to show investors the opportunities of developing architectural design technologies that will both increase the productivity of architects' work, support the quality of designs, and therefore increase the quality of the final product, which is architectural design in the context of public space. It is investment into - of a kind - production technology. Both effects offer the hitherto "unknown", ill-considered and untapped production potential of the virtual and augmented reality environment; demand can be expected from both architects and users of public space. The motivation of users of new technologies can be economic - higher labor productivity, higher sales for a larger volume of production, higher remuneration, or a competitive advantage due to the higher quality of the final product of architecture and public space. The target group of users of public space is unprecedentedly large: all of us.

The innovation must not end with a generic representation of architecture, defined by parameters of material substance - structures, constructions that are to materialize the architecture. As a principle, the procedure must be the opposite: directly in the VR / AR environment, it is necessary to create, build a virtual twin of the future material architecture. Just as a child can easily build a house from the kit blocks that he has been given, the architect must build a virtual twin of (future) material architecture from infinitely flexible spatial elements. Mastering the essence of architecture commands that the architect does not construct structural elements: with authentic architecture, they must focus on the spaces inside and outside the proposed building: the spaces are the "cubes" of the "kit".

You can find the entire publication of Michal Šourek HERE.